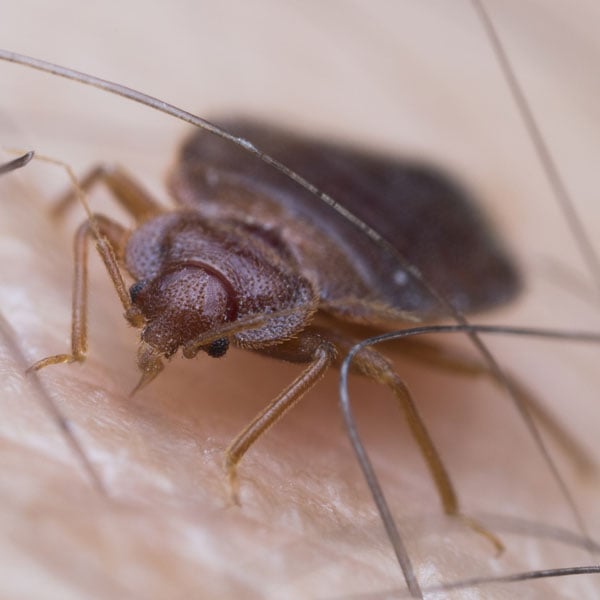 How to identify and get rid of bed bugs FAST! These proven, organic and natural treatments work just as well, if not better, than the toxic stuff.

Found throughout the world, bed bugs (cimex lectularius) are blood-sucking insects that feed mostly on people, but are also known to attack birds, bats and other animals. Bites occur mostly at night and are generally painless when inflicted. However, fluids that are injected during feeding often produce painful welts on the skin that itch and may become severely irritated. As pest numbers increase, more bites occur, and the problem can become progressively worse, often very quickly. Read on to learn our 8 step treatment program for getting rid of bed bugs naturally and save BIG money doing it yourself!

Adults (1/4 – 3/8 inch long) are oval-shaped, reddish brown insects that are wingless and flat. After a meal, they become swollen and elongated when engorged with blood. Eggs are white and are about 1/32 inch long. Newly hatched nymphs are the same shape as adults, but are yellowish-white in color.

Active at night, female bed bugs lay white eggs in batches of 10 to 50 on bedding and in cracks and crevices. Under favorable conditions one adult female can lay as many as 200-250 eggs over her lifetime. Young nymphs hatch in about 10 days and use their beak-like mouthparts to feed on hosts. It takes 1-2 months for nymphs to become mature adults. Adult bugs can live a year or longer (most live about 10-11 months) and there may be three or more overlapping generations per year.

Note: While bed bugs carry human pathogens, it has not been shown that they transmit these diseases to humans or animals.

Tip: During the day these biting pests hide under folds in mattresses, along seams and in between bed posts and slats. At night they are on the move and can often be found by checking on and under sheets.

Early Signs Of Bed Bugs That You Shouldn’t Ignore 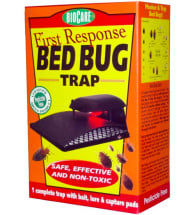 Safely detect infestations in your bedroom and living areas before they bite. 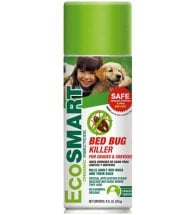 Specially made for cracks and crevices around frames, mattresses and baseboards. 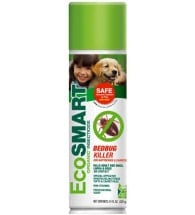 Contains a patented blend of plant oils - NO chemicals - to kill adults and their eggs. 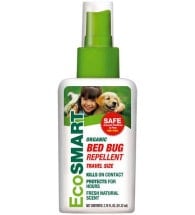 Patented blend works for hours without any synthetic toxins or harmful residues.