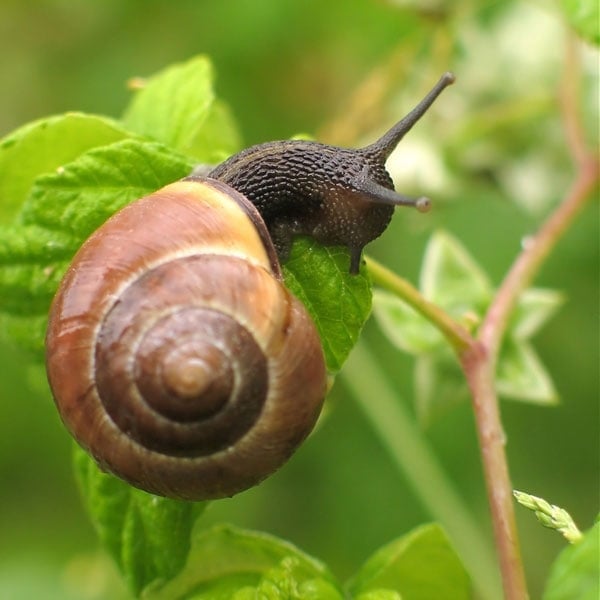 Yes, it is possible to get rid of slugs and snails without using toxic baits and sprays. Here’s how:

The most troublesome pests found in home gardens, orchards and landscaped areas across North America. Slugs and snails thrive in damp, shady spots and can often be found along foundations, under rocks or in well mulched garden areas.

Most active at night, they feed on a variety of living plants as well as on decaying plant material. Pests chew large holes in foliage and may cause extensive damage to seedlings, tender, low-growing, leafy vegetables and ripening fruit such as strawberries, artichokes and tomatoes. Almost all garden vegetables, ornamental flowers, and some fruit trees, especially citrus are subject to attack.

Slugs are not true insects, but rather members of the mollusk phylum. As a result, they are closely related to snails in structure and biology except the snail has a shell and the slug does not. Both garden pests rely on their muscular foot to move and the secretion of mucous or slime on which they glide. This shiny slime trail often gives them away as it marks their travel.

Several species overwinter in the soil as adults or nearly mature young. In spring and early summer large numbers of eggs are deposited (as many as 100 at a time) in soil cracks, underneath mulch or dead leaves and in other cool, moist protected areas. Eggs develop and hatch in 1-3 weeks, but may require as long as 12 weeks if conditions are less than perfect. Once hatched, the young mollusks remain close to the nest for several days until branching out in search of food. Development to maturity may take as little as 3 to 6 months or as long as a year or more depending on species.

Note: Slugs are hermaphrodites, which means that they each possess both male and female sexual organs and have the potential to lay eggs. 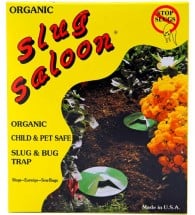 Proven design that has been trapping slugs and snails with great success! 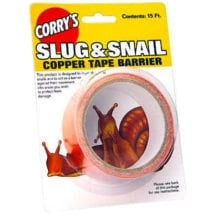 This copper tape acts like an electric fence to keep slugs from attacking plants. 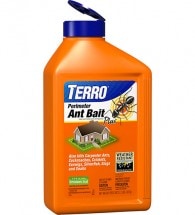