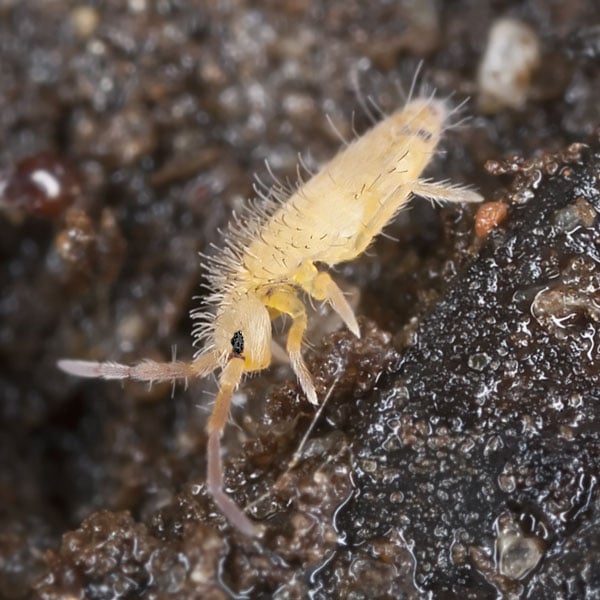 How to control these tiny, swarming bugs indoors and out — without toxic chemical sprays!

Springtails are tiny, wingless, moisture-loving creatures that seek dampness outdoors and in. They are frequently found clustered together in dense swarms. When disturbed, they spring into the air, as high as several inches, creating easily visible clouds.

Outside, they’re found in wet soil, decaying straw, rotting leaves and other damp organic material. They feed on molds, fungi and algae.

As soils dry, the insects search out more moist conditions, a move that often brings them inside homes where they gather in garages, basements and greenhouses as well in damp floorboards, carpets, under kitchen sinks and in the soil of potted houseplants.

No longer considered true insects because of their internal chewing mechanism — insects have external chewing parts — springtails make up the order Collembola. They can be as much as 1/16 inch long but before reaching maturity are just a fraction this size. They come in all shades of brown and gray as well as black and white.

Springtails become conspicuous as they gather in large clusters that resemble balls or swatches of fabric. Springing into the air, seemingly all at once, when exposed or disturbed, makes them even more conspicuous. This leaping is done by means of an external body part known as a furcula which is folded under its abdomen. When released, the furcula pops the tiny bug a few inches into the air.

Springtails reproduce quickly, going from egg to adult stage in as little as four to six weeks. Mature males leave packets of sperm cells in the soil where they live. These are picked up by females as they lay their eggs, either in packets or singly. Depending on temperature conditions, the eggs hatch within five to ten days.

Nymphs resemble the adults. During the five or six weeks they spend as nymphs, they go through several stages before becoming adults, molting and becoming larger in each. Outdoors, springtails can survive through an entire season, reproducing a number of times. Indoors, they can live as long as a year.

Springtails are mostly a nuisance pest, doing little damage to plants. They will chew roots in the soil where they’re located, and can inhibit plant hardiness. But they seldom do major damage.

These nearly invisible bugs do not bite or sting and are generally harmless to humans. But they are an unpleasant house guest and finding a swarm of them under a carpet or around a basement drain requires cleanup to prevent ongoing populations or masses of dead insects that are less than sanitary.

The presence of springtails in your bedroom, bathroom or carpets is an indication of dampness that provides clues to possible larger problems such as leaky pipes or roofs, poorly sealed tubs and sinks and porous basement walls. Treating pest infestations often requires house repairs and other fixes.

Springtails will cluster inside the walls of newly built homes that were exposed to rain or high humidity during framing and not allowed to completely dry. The pests presence inside walls can be an indication that mold and fungus might be present.

Springtails can be a major nuisance around outdoor swimming pools where they will often cover the water’s surface as they die off. Though they hold no danger to humans, this bug scum makes for a poor pool experiences. The creature’s tiny size and great numbers can make them difficult to skim. 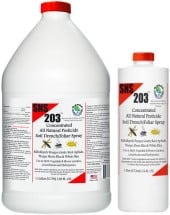 Protects your crops without harming your DNA! Very concentrated. 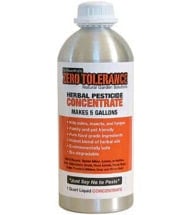 Made from pure food grade ingredients that smell great (no chemical odors). 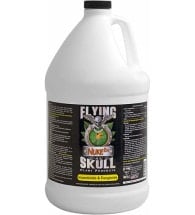 This no-messing-around formula works without leaving a nasty residue on plants.

Contains 1.4% pyrethrum (made from chrysanthemums) to produce rapid results.