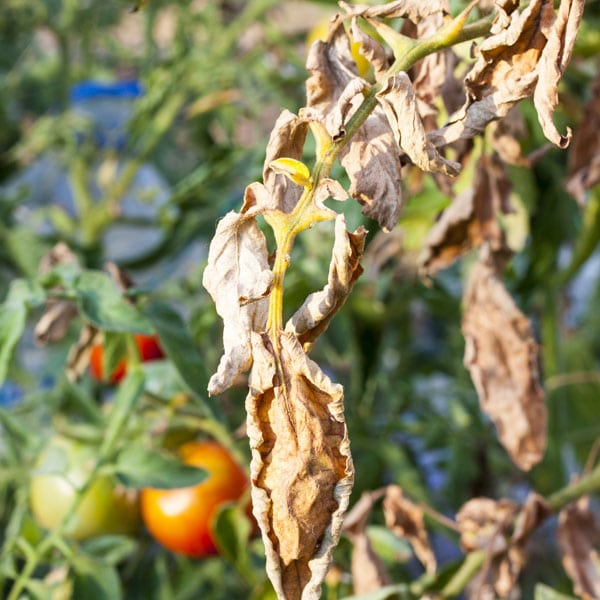 Natural and organic solutions for getting rid of fusarium wilt on vegetable plants. 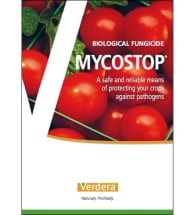 Commonly found throughout the United States, Fusarium wilt is a soil-borne pathogen that attacks potato, tomato, eggplant and pepper plants. Disease fungi (Fusarium oxysporum) enter through the roots and interfere with the water conducting vessels of the plant. As the infection spreads up into the stems and leaves it restricts water flow causing the foliage to wilt and turn yellow.

Disease symptoms often appear later in the growing season and are first noticed on the lower (older) leaves. As the disease progresses, the younger leaves will also be affected and the plant eventually dies. In many cases, only one branch or side of the plant show symptoms.

Fusarium wilt can survive for years in the soil and is spread by water, insects and garden equipment. The fungal disease develops during hot weather and is most destructive when soil temperatures approach 80˚F. Dry weather and low soil moisture encourage this plant disease.

* To solarize the soil, you must leave a clear plastic tarp on the soil surface for 4-6 weeks during the hottest part of the year. Soil solarization will reduce or eliminate many soil inhabiting pests including nematodes, fungi, insects, weeds and weed seeds. 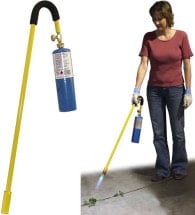