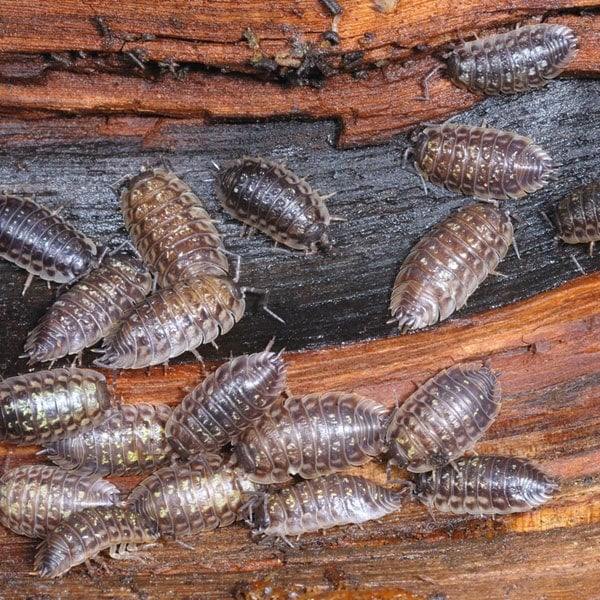 Often found in home gardens and landscaped areas across the country, sowbugs (Porcellio scaber) and pillbugs (Armadillidium vulgare), also known as roly polies, feed primarily on decaying plant matter and are important in the decomposition process.

Many of us are delighted at the sight of a roly poly bug as it rolls itself into a tight little ball when touched, which is a defense mechanism it uses and is known as conglobation. In small numbers, it can actually be useful for your backyard, thanks to its great composting skills.

But when present in large numbers, they have been known to feed on seedlings, new roots, lower leaves, and fruits or vegetables laying directly on the soil.

These small scavengers scurry when disturbed and are often found outside hiding under leaves, rocks, garden debris, mulch, and other dark, damp areas.

Occasionally they will enter homes as accidental invaders. Indoors they are simply a nuisance and cannot survive for more than a day or two without water. These tiny critters do not bite or sting and cannot damage household structures.

Nonetheless, we always want to make sure not to encourage them too much or they’ll quickly go from entertaining to a big nuisance. So read on to learn what they are, what differentiates roly poly bugs from sowbugs, and how to control them effectively.

What are Roly Poly Bugs (Pillbugs) and Sowbugs?

Roly-poly bugs and sowbugs are interesting not insects at all but are terrestrial crustaceans, making them more closely related to crabs, crayfish, and shrimps than ants and other insects that are normally found in soil.

They are the only crustaceans that are terrestrial, meaning they are adapted themselves to live entirely on land. But they still have gills, meaning they require moisture to survive yet they can’t live underwater!

These little critters mainly eat decaying plant matter and other decomposing materials, making them great decomposers and good for the ecosystem as they can improve soil quality. But in large numbers, they can be a nuisance as they start consuming new roots, lower leaves, seedlings, and even fruits and vegetables.

How to Identify Pill Bugs (Roly Pollies) and Sowbugs?

They vary from gray to brown to almost purple in color and have seven pairs of legs, elbowed antennae, and a segmented hard shell-like covering, similar to that of an armadillo.

Sowbugs also have two tail-like structures on the rear end that pillbugs lack.

Note: Pillbugs are sometimes called “roly-polies” because they often roll up into a tight ball when disturbed, also known as conglobation. As they conglobate, they are known to entertain kids and adults alike!

What is the Difference between a Roly Poly (Pill Bug) and a Sowbug?

Many people mix up sow bugs and pill bugs because they appear similar at first glance. Sowbugs are a little bit smaller than pill bugs, and their back ends have two small structures that look like tails. Pill bugs don’t have these structures.

Sowbugs are also unable to roll into a ball (conglobate) like roly-polys. But you might have one, the other, or both because they both enjoy similar diets and routines and that’s why we’ve included them both here in the same guide to cover all our bases.

You may have already noticed us referring to roly poly bugs as pillbugs in this article, which is interestingly not the only name they have which can actually sometimes be quite confusing for some people.

First of all, as we mentioned above, although roly-pollies are often referred to as sowbugs, they are two separate species. And roly-poly bugs are affectionately known by many other names, depending on the part of the world!

US and Canada: Common names in the United States and Canada include pillbugs, woodlice, wood shrimp, doodle bugs, or boat-builders.

England: Some fun names these little creatures go by in England include chiggypigs, penny sows, and cheesybugs.

Life Cycle of a Sowbug and Pillbug

Both sowbugs and pillbugs mate throughout the year with most of the activity occurring in March and April. The female incubates her eggs in a fluid-filled pouch (marsupium) located on the underside of her body for 3-7 weeks.

After hatching, the young nymphs (similar in appearance to adults, only smaller) remain in the pouch for up to two months until they can care for themselves. Nymphs molt, or shed their exoskeleton, at regular intervals and reach sexual maturity, usually within a year.

As adults, they continue to molt about once every month. Females can produce broods of approximately 30-40 young that may live up to 3 years. There are one to two generations per year, depending on weather conditions.

Where Do They Live?

Pill bugs are tiny scavengers that consume decaying plant matter. They will also eat living plants and may cause root damage to your flowers, fruits, or vegetables.

Roly-polies might also be present in your garage, basement, shed, or storage building, especially if the areas are damp and moist.

They require a moist environment because their bodies cannot store water. Most of the time, they hide during the day and come out at night.

When Can Pillbugs (Roly Poly Bugs) and Sowbugs Pose a Threat to Your Backyard?

As we mentioned above, in small numbers they can be great for improving your garden’s soil as they eat decaying plant matter and other decomposing materials, but in larger numbers they can start consuming plant roots, new leaves, etc.

Certain conditions create an environment where they post bigger threats than in other conditions. Let’s look at what these conditions are:

Sowbug and Pillbug Control (How to Get Rid of Them Effectively)

Controlling sowbugs and pillbugs is all centered around figuring out and controlling conditions that encourage their existence. Let’s look at some of the top ways to control and get rid of them effectively:

Tip: Black plastic mulches will discourage many insects by creating an environment that is too hot for them.

Note: If pests are a problem indoors repair and seal cracks in the foundation wall, around basement windows, and along door jambs. Reduce high moisture areas near possible entry points by properly draining water away from the house. 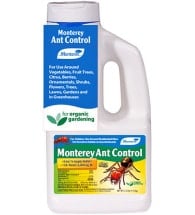 An easy to apply outdoor bait that contains iron phosphate and spinosad.