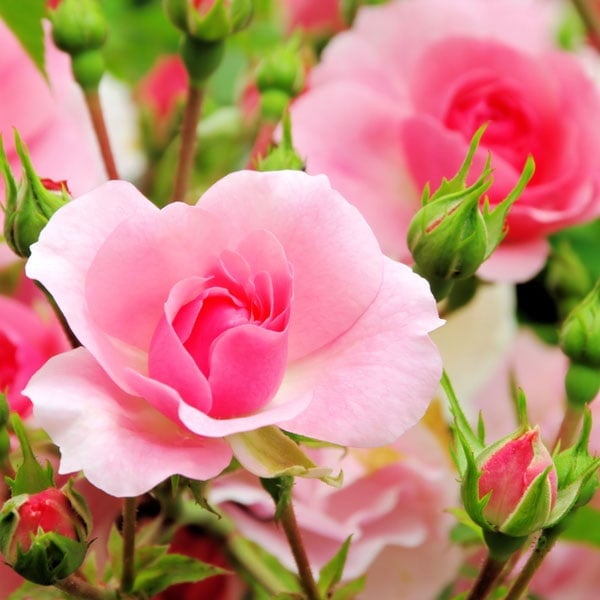 Simple, effective techniques for growing fantastic roses you (and neighbors!) will brag about. 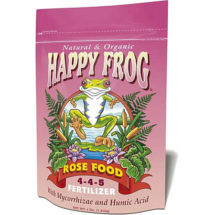 Use to create strong plants and increase the color intensity of your flowers.

There’s something about roses. More than 1.2 billion cut roses are purchased in the United States every year, most of them on Valentines Day. (Mothers Day comes second.) Millions of gardeners cultivate roses, some exclusively. In fact, there are hundreds, if not thousands, of rose societies worldwide.

As the symbol of love, roses have inspired musicians, poets and authors. Shakespeare alone mentioned roses more than 50 times in his poems and plays.

​With the right gardening products growing organically ​is ​​easy! At Planet Natural we stock everything you need ​to guarantee your prize-winning roses are the envy of the neighborhood!

Cleopatra reportedly decorated her palace floors in rose petals and Confucius had a 600-book library devoted to rose gardening (see For the Love of Roses). Forget pearls and diamonds, the Greeks would adorn themselves with garlands of roses for festive occasions. Napoleon’s wife Josephine loved roses so much that she grew more than 250 different varieties.

Roses have also been around for a long, long time. Archaeologists have discovered the fossilized remains of wild roses that date back more than 40 million years.

What draws us to roses? They’re beautiful and their fragrant. There are also a lot of different kinds of roses — as many as 150 to 200 species under the genus Rosa and thousands of varieties. There are miniature roses, climbing roses, roses that are the size of saucers, teeny roses, roses that are white, red, pink and yellow. Heck, there’s even a Rose Reference Database that lists over 6500 roses, searchable by name, color, variety, classification and many more characteristics.

While roses may be considered the queen of flowers, they also have a reputation for being prima donnas of the plant world. Requiring generous amounts of fertilizer and often susceptible to disease and insect attacks, it is true that they demand a certain amount of attention. However, you don’t have to be a slave to your roses. Given regular care, your rose gardens can grow beautifully and be the envy of the neighborhood for many years.

More than just a pretty face

Roses are beautiful, but they can do a lot more for you than you would ever imagine.

Sure they decorate, but they can also be used in cooking and have health benefits.

Roses have a long track record in the culinary world. In ancient Mesopotamia — seventh century B.C. — they were an ingredient in the medicines of the day.

The Romans used roses in recipes, as well as an ingredient for cosmetics and medicine. For example, the Romans supposedly used roses steeped in wine as a cure for hangovers (see The Apothecary’s Rose).

In the Middle Ages, roses were used in cooking as in “Fish in Rose Sauce” or “Red Rose Pudding.” Rose petals also added fragrance to perfumes, potpourris and sachets.

An excellent source of vitamins A, B3, C, D and E, rose hips can be made into tea and jams. (Rose hip tea is known to fight against infections, particularly bladder infections.)

Tip: Buy rose hip tea at your local health foods store or make your own. Just coarsely chop up the rose hips, cover with water and boil for 30 minutes or so. Strain and drink.

Petals flavor everything from candy to syrup, honeys, vinegars, oil and sauces. Rosewater is used to flavor cakes, cookies and pastries, particularly those from the Middle East.

Today, as in the past, rose oil or rose water is used in cosmetics, perfume or as aromatherapy. 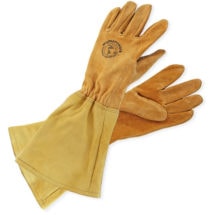 Designed for a woman's hands and provides arm protection from thorny canes. 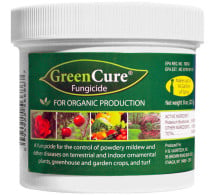 A highly effective remedy for indoor plants, greenhouse and garden crops and turf. 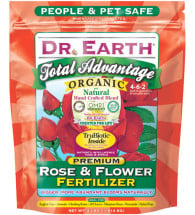 Designed to promote superior buds and beautiful blooms -- without chemicals! 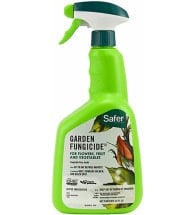 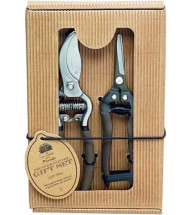 Traditional hand-crafted quality all wrapped up nice and neat in a gift box.