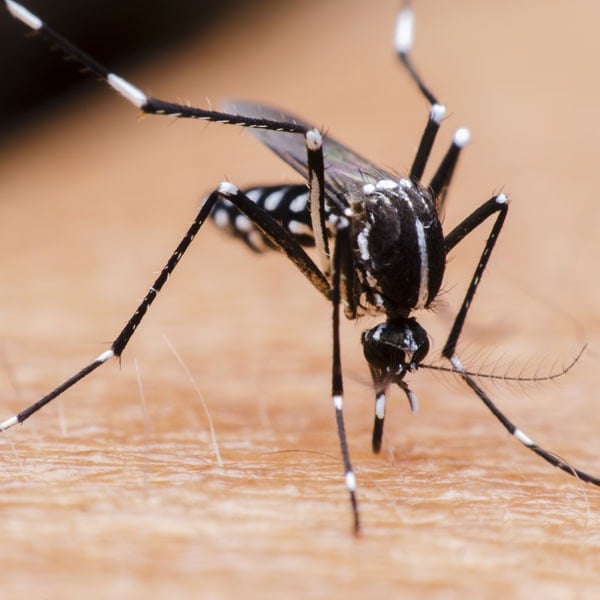 How to get rid of mosquitoes in your yard FAST! These proven, organic and natural remedies work just as well, if not better, than the toxic stuff.

Mosquitoes are among the most serious of insect pests attacking humans and affect the lives of vast numbers of people worldwide. Approximately 3000 different species are found throughout the world of which 150 species occur in the United States. They carry some of the most widespread and devastating human disease agents including West Nile virus, encephalitis and malaria. Mosquitoes are also responsible for transmitting heartworm in dogs. These diseases, infections and illnesses are now found in just about every part of the United States. Read on to learn natural techniques for getting rid of mosquitoes outdoors and save BIG money doing it yourself!

At the time of feeding, the female pierces the skin and injects saliva, which is responsible for the irritation that follows. Blood taken from humans or other animals infected with disease-producing organisms in turn infects the mosquito which transmits them to future hosts.

The mosquito has four distinct stages in its life cycle: egg, larva, pupa and adult. A large number of species overwinter as eggs, others as larvae or adults. All have one common requirement – mosquitoes need stagnant or standing water to complete their life cycle. After a blood meal the female develops her eggs. (Adult males do not bite and feed solely on plant nectar.) One blood meal supplies enough nutrients for her to produce several hundred eggs which she will lay in or around water. Depending on the species, eggs are either attached to one another to form a raft or they are laid individually and float on water. Eggs hatch within days releasing larvae, commonly called “wrigglers,” which feed on microorganisms in the water until they pupate 7-10 days later. Adults emerge 1-4 days later and can live for a period of four to eight weeks. There are several overlapping generations throughout the season. In warmer regions breeding occurs year round.

Unfortunately, there is no easy solution for managing mosquitoes. Countless natural remedies vary depending on the pest level, water supply, cost and risk of disease. Many products are available, but nothing is absolutely foolproof. Here are some suggestion:

The most effective method for reducing mosquito numbers is to eliminate their breeding sites (standing water). The following steps will help:

Mosquitoes are a pervasive outdoor pest. Nonetheless, there are measures that can be taken to minimize the annoyance and incidence of bites. For example;

Kill the immature larval stage before it can develop into a flying, biting adult with Bacillus thuringiensis var israelensis (Bt-i). Available under various trade names, including Microbe-Lift® BMC, Bt-i is a naturally occurring and highly specific biological pesticide. Applied to standing water, it is effective for up to 30 days and will not harm people, pets, wildlife or fish.

Flying, biting adults rest in protected areas during the day. To reduce populations, use a Mosquito Fogger — made from organic plant oils — or spray natural pesticides on shrubs, the lower limbs of shade trees, under decks, along foundations and other pest resting sites.

Caution: Botanical insecticides containing pyrethrin are not specific to the pest and will have an impact on a variety of beneficial insects including valuable predators, parasites and honeybees. However, most break-down quickly in the environment lasting only 5-7 days. 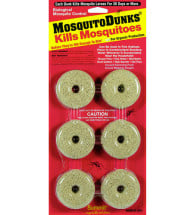 Kills mosquito larvae for 30 days! Will NOT harm people, pets, wildlife or fish. 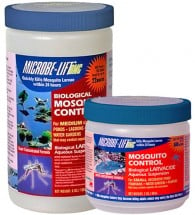 Open water doesn't have to be an open invitation for biting, disease-carrying insects! 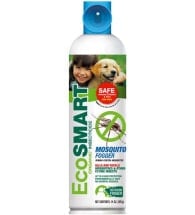 Kills on contact! Use to protect your family without harming the environment.

Keep your next outdoor gathering from being invaded by mosquitoes and gnats.