Home » Pest Problem Solver » Garden Pests » Cutworms: How to Prevent and Get Rid of Cutworms Effectively 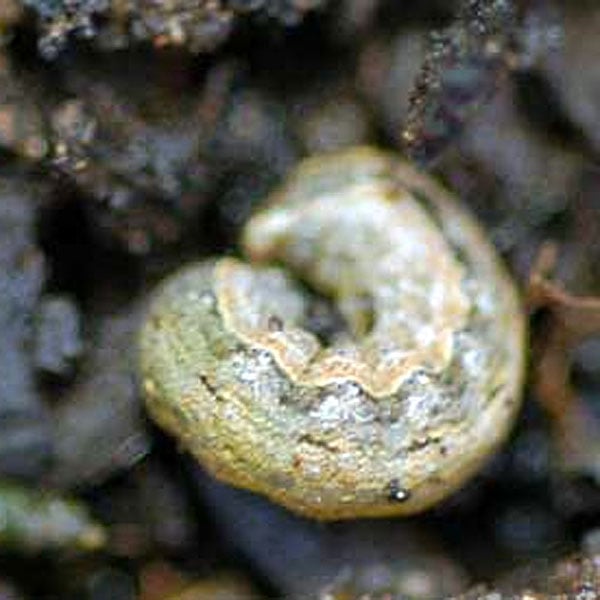 Cutworms: How to Prevent and Get Rid of Cutworms Effectively

How to identify and effectively control cutworms using proven, organic and least-toxic methods.

Cutworms are general feeders that can cause a lot of damage to a wide variety of crops in your home garden, including broccoli, kale, and cauliflower.

Many species of cutworms from the night-flying moth family Noctuidae are found in home gardens across the United States. The larvae commonly feed on plant stems at or below ground, eventually cutting them down.

If you’ve been wondering exactly what cutworms are, or how or when to identify them, this guide is perfect for you. We’ve also included tips and tricks on how to prevent an infestation in the first place, as well as how to get rid of cutworms that might be infesting your yard at this very moment.

The term ‘cutworm’ is used for the larvae of a number of moth species.

Adult moths lay eggs on plant debris from spring through fall with some species’ eggs emerging in spring and summer and others in fall. Those that hatch in the fall spend the winter in the ground or in a woodpile and come out to feed in the spring.

These pests cause the most damage early on in the gardening season when the cutworms emerge after overwintering and then feed on young seedlings.

Cutworms are caterpillars, but they are often mistaken for the grubs of beetles such as Japanese beetles.

How to Identify Cutworms?

Since cutworms consume such a wide array of fruits and vegetables, young seedlings and transplants are especially vulnerable to attack by these pests. Cutworms can be found by moving through your garden at dusk or in the evening and looking at the bases of plants. They prefer cloudy days as well.

There are several varieties, and they can range in color from gray to pink to green to black, and their length can reach up to two inches. They come in solid, spotted, and striped patterns. When they’re not moving, they usually curl up. Cutworms are nocturnal, feeding only at night and hiding during the day.

One of the most common species of cutworms is the black cutworm (Agrotis ipsilon). They grow into the dark sword-grass moth, that has small dark spots on its body.

Peridroma saucia saucia, or variegated cutworms, are another widespread species. They have brown spots and a thin white stripe down the middle of their backs.

Generally, though, adult cutworms are moths of dark-wing colors. They are usually brown or gray and get to be about 1½ inches long with a 1½-inch wing length. Keep an eye out for the adults, because the females will lay eggs in dry soil after they mate.

Cutworm caterpillars (larvae) are stout, soft-bodied, gray, or dull brown caterpillars (1-2 inches long) that curl up when at rest or disturbed. They feed at night and burrow into the soil during the day.

Adults are dark gray or brown, night-flying moths (1-1/2 inch wingspan) with ragged blotches or stripes on their wings. They do not damage plants.

Note: Pest populations vary greatly from year to year. When numerous, cutworms can destroy up to 75% of a crop.

Life Cycle of a Cutworm

Most species pass the winter in soil or under garden waste as young larvae. In the spring, as temperatures warm, they become active and begin feeding on plants at night remaining hidden during the day.

The larvae molt several times and when fully grown pupate in the soil (late spring). Within one week moths emerge and begin laying hundreds of eggs mostly on stems and leaves. One to five generations per year, depending upon the species.

Note: Overwintering larvae and the first generation in the spring are the most damaging. A few species pass the winter as pupae or hibernating moths.

Cutworms can attack a variety of plants since they are general feeders. Vegetables such as asparagus, beans, cabbage, and other crucifers, carrots, celery, corn, lettuce, peas, peppers, potatoes, and tomatoes are among their favorite foods to consume.

A few species also feed on turfgrass. Cutworms feed by curling their bodies around the stem. This feeding results in the plant being cut just above the soil surface.

Damage occurs at night when caterpillars feed by clipping off seedling stems and young plants near or just below the soil surface. Often, an entire row of newly planted garden vegetables will be cut off during the night.

Cutworms, like their close cousins armyworms, will also frequently attack turf grass. The damage they inflict on grass — cutting off blades at the crown — is usually more dispersed than damage from armyworms. Cutworms favor golf courses where they cause ‘ballmark’ pockets of dead and missing turf both on fairways and putting greens.

How to Get Rid of Cutworms

Losing precious transplants once to cutworms is all most people require to implement preventive measures as part of an Integrated Pest Management plan.

There’s little more heart-breaking than coming out to the garden one morning to find the seedlings you started months ago indoors have been severed at the root.

Note: Gardens that were covered in grass or weeds the previous season are especially attractive to this pest. 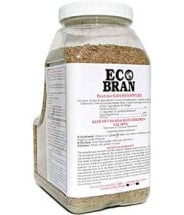 Kills grasshoppers fast and is for growers that require an immediate knock-down.