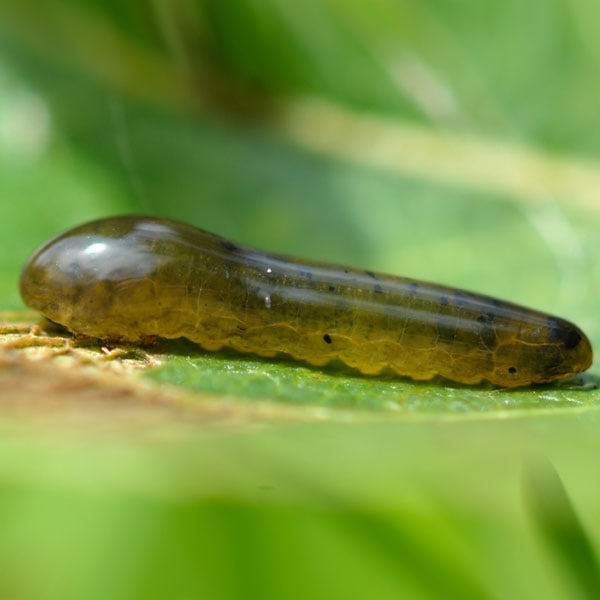 Slug-like sawfly larvae feed on leaves and skeletonize them, leaving only a framework of veins. Here’s how to get rid of them using proven, organic methods.

Sawflies (Caliroa cerasi), also known as cherry or pear slugs, are widely distributed throughout the United States and Canada. They are a common pest of mountain ash, hawthorn, cotoneaster, cherry, plum and pear trees, and are occasionally found on quince and shadbush. High populations can defoliate entire trees.

The winter is passed in the soil inside a cocoon. In the late spring, shortly after trees have come into full leaf, the adults emerge and deposit their eggs in the leaves. These hatch a week or more later, depending on temperature. Larval development is completed in less than a month and pupation takes place in the soil. Adults emerge during late July and August and lay eggs for the second generation of slugs. This generation usually causes the greatest amount of injury, especially on young trees which they may completely defoliate. When this second generation of larvae becomes fully grown, they go into the ground and remain as larvae until the following spring, when they pupate. There is usually only one generation per year, but there may be a partial second.

Creates an AMAZING 360° wall of water to blast bugs off plants -- NO toxins!