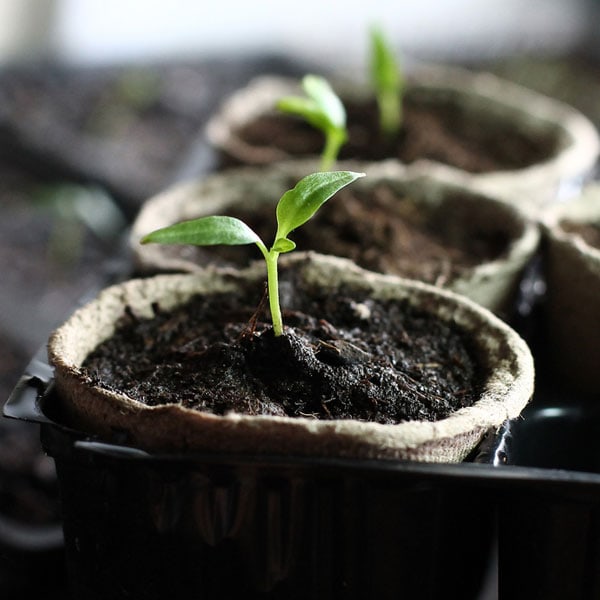 Easy tests to ensure your compost is safe and free of toxic residues.

Florida’s Online Composting Center includes any number of interesting and unusual treats, including a series of simple and straightforward tests for compost maturity and phytotoxicity. While these are labeled and offered as ways to test whether your compost has matured sufficiently, the California site on the fate of pesticides in compost (PDF) points out that they can also be used to test for toxins including pesticides.

The simplest though unscientific test offered is this: toss some radish seeds in a couple of small pots of compost and see what happens. Since radishes sprout within a few days, you’ll have your results quickly. If most of the radish seeds (about three-fourths) germinate, your compost can be pronounced safe or at least safe enough. If more than a quarter of the radish seeds refuse to produce viable young, then it might be wise to conduct one of the more scientific tests summarized below.

At Planet Natural we have everything you need to turn kitchen scraps into nutrient rich soil supplements without the usual mess and odors. Plus, attractive pails for collecting your kitchen throwaways.

In these tests, you will either germinate seeds or assess seedling health and growth in compost as well as in a control medium, a potting mixture without compost. The difference between the two sets of pots — those with compost and those without — tells you the impact of the compost.

If seeds don’t germinate or seedlings don’t thrive in the compost-treated mixtures but they do thrive in the controls, then there is something wrong with the compost. One possibility is the presence of pesticides at phytotoxic levels (levels high enough to injure plants.)

The Florida site includes lists of necessary equipment (nothing more high-tech than an eyedropper or a paper cup) and detailed instructions, including graphs, for plotting results and equations for assessing and interpreting them.

Perhaps the simplest rule to follow is never to use fresh manure, which contains higher levels of almost all contaminants (pesticides, heavy metals, antibiotics) than the aged, mature version. If you do spread fresh manure, do so in the fall and let it sit out the winter before you plant in it.

If you have your own farm animals, feeding them only organic feed free of additives will eliminate pesticides, some heavy metals and antibiotics. A clean, well kept barn or other facility, free of treated wood, peeling paint and half-closed odd cans of varnish waiting to pop their lids avoids several other sources of contamination. Avoid supplements and disinfectants that contain metals.

If you are buying manure, purchase only mature, organic manure, or limit your application.

Co-composting manures (below) has also been shown to reduce heavy-metal content.

A recent experiment conducted in Spain found that when poultry manure was composted with either barley wastes or chestnut burrs and leaf litter, zinc levels dropped from about 2134 mg/kg in the control (almost twice the legal limit) to approximately 813 mg/kg and 883 mg/kg, respectively, in the two experimental heaps. Poultry manure in North America often contains so many contaminants that some areas ban it from being used as a soil amendment.

This mixing of compostable materials is known as co-composting. Note that in the case of manures, mixing the straw or litter used as bedding into the composting manure doesn’t always qualify as co-composting as this bedding is often thoroughly contaminated.

When in Doubt, Leave it Out

This means not composting refuse from plants grown in contaminated soil. To do so merely recycles the contaminants back into plants. The ones that you don’t eat (love that copper taste!) go back into the compost and so on. If you’re adding conventional manures high in heavy metals each year, then the concentration in your soil will gradually rise. Keeping contaminated refuse out of the compost pile will mean that at least some of the pool will be reduced.