How to overwinter rosemary, indoors and outdoors, in pots. 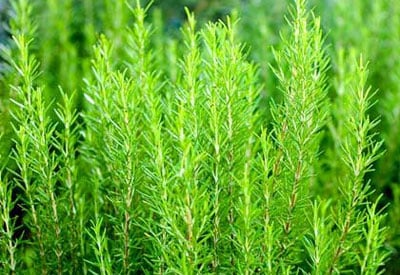 It’s been over a year since I moved from Montana to the sunny and somewhat warmer (or considerably, depending on the day) climes of Northern New Mexico. Despite the passing of those 13 months, I still mourn the loss of my rosemary. After all, we’d grown close considering all the time I’d spent moving them around, indoors and out, to avoid the coldest weather but to guarantee they had enough sun. They provided many a sprig or just a flat leaf or three (rosemary, as all cooks know, is strongly flavored) to slide in under the skin of chicken or to flavor a pork roast stew.

I carefully packed my two deeply-potted plants when we left and tucked them into the back of the hatchback with the dog for the long trip. They survived it just fine (the dog, too). I had the perfect new home for them, a sun porch with southwest exposure. They seemed happy enough for a while but then started to wilt. I figured the sun was drying them out and gave them more water. Big mistake. 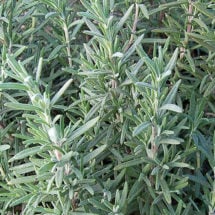 Flavorful and exotic, heirloom herbs have passed through kitchens and tea rooms for generations. And they’re easy to cultivate… try raising them indoors! Need growing advice? Visit our herb guides for tips and information on specific types.

What I should have done — as I’ve since learned — is moved them outside during the daylight to avoid the temperatures that sometimes climbed into the 80s on the sun porch. Overwintering potted rosemary required two things, both of which I failed to give. One is to keep the temperatures down. Despite the plant’s Mediterranean origins and its sunny reputation, rosemary doesn’t like warm temperatures during the winter. You want to protect your potted plants from hard freezing. Covering them will protect them as long as the temps don’t stay below freezing during the day. The second thing is not to water them too much. If you have your rosemary plants mulched to conserve ground heat, water them even less. Freezing, frost heaves and the like will severely damage rosemary roots.

Jim Long’s advice in Growing and Using the Top 10 Most Popular Herbs is instructive. The key for rosemary survival in zones 6 or less is to allow ample time for the plant to grow a deep root system. Taking his cues from a longtime rosemary grower, Long says to plant your rosemary outdoors in the spring — it should be in a well-drained, always sunny spot — and let it grow there all season. Dig it up after the first hard frost, pot it in a generously sized container, and bring it inside; a sunny, but unheated room is best. Water once a month. Then when spring rolls around, replant it outside where it will once again take off.

At her excellent website A Way To Garden.com, Margaret Roach offers further tips on overwintering rosemary. Among the good advice: choose the right type. There are some 40 different rosemary cultivars and some do better in cold than others. Sunset magazine has a page that shows many of them, but rosemary officinalis “arp” is generally thought to be the hardiest. And it’s tasty! As we’re all about gifts this time of year, we think that a potted rosemary — preferably one you’ve raised yourself — makes a great one for the gardener or culinary expert in your life. And, with a few small tips from you, it’s a gift that will keep on giving.