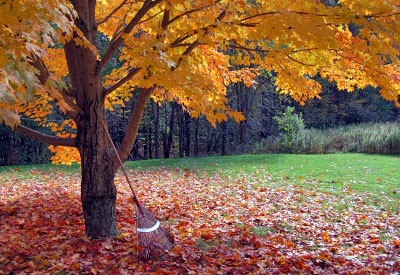 Here’s a few short items pulled from the web this fall, most related to gardening news previously addressed, one even fresh plucked. Feel free to suggest links and add further information to any of our posts (and don’t forget corrections!). Help make this a conversation. And thanks to those who have!

A local worm rancher responding to our post on the uses of straw bales in gardening, says we missed one. He suggests that bales make good worm corrals in the winter, keeping your worms working, if ever so slowly in the cold weather, and keeping them from burrowing out of the pile and into the ground. Bales make good insulation, no doubt about it; these days, they’re even used to build green homes. As the bales break down the following spring and summer, they can just be added to the compost pile or used for mulch. We looked into it further: some gardeners build complete worm systems out of hay bales. Hay bales… the gift that keeps on giving.

New York Times food writer Mark Bittman has finally weighed in on the Stanford study that found, among other things, that organically-grown produce may be no higher in nutrients than conventionally grown produce. Your usually modest and self-effacing Planet Natural Blogger is proud to note (call it bragging, if you like) that Bittman says what we said earlier: that the reporting on the study led to an unusual number of misleading headlines. As always, it’s enlightening to read the comments at the end of the column. What some people won’t say!

A small farmer we know who lives off-the-grid and out-of-the-way in an area not served by country trash removal says our recent column failed to mention the best method to destroy disease and blight-carrying vines to assure that they won’t affect the garden: burn them! We gently reminded him that that’s not an option for most people who live in or nearby cities or other areas where outdoor burning is banned. He reminded us that every pound he has to haul away from his farm to the dump costs him money and that simply dumping the vines in a far-off corner of his property won’t do the job considering how little it takes for a breeze to carry mold spores just about anywhere. He also reminded us that it’s perfectly legal to burn where he lives, as long as certain precautions are taken. The debate continues.

Now is the time to aerate your lawn, especially if it’s tightly compacted and in need of improvement. Aeration gives roots room to spread, helps soil absorb water and compost (you are spreading compost on your yard, aren’t you?). It also gives oxygen a way to work into the soil. Is your lawn especially problematic? Unless you’re replanting it this fall, aerate it again in the spring.