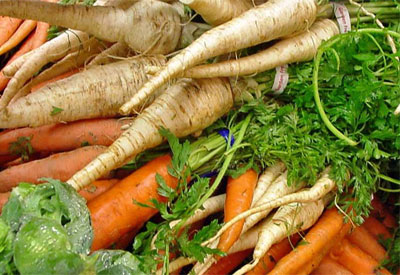 It’s all over the news. The New York Times headline blared “Stanford Scientists Cast Doubt On Advantages of Organic Meat and Produce.” “Organics Not A Healthier Food Choice, Study Finds” trumpeted The Chicago Sun-Times (link no longer available). Even the page at the Stanford University School of Medicine website, where the organic food study was conducted, starts out misleadingly: “Little evidence of health benefits from organic foods, Stanford study finds.” That’s unless, of course, you feel that avoiding high levels of pesticides on your fruit and vegetables isn’t a benefit.

Some headlines seemed confused: “Organic not necessarily better for you: A large review found very few studies that systematically compared the health outcomes of eating organics or conventional foods,” says the Discovery Channel’s Discovery News website. And some sources seemed to run contradictory stories. While The New York Times piece reported that the researchers found no obvious benefits to organic meat, they did report that organic chicken and pork were less likely to be contaminated by antibiotic-resistant bacteria. Another article run the same day in The Times detailed that the overuse of antibiotics in meat and dairy has resulted in hyper-resistant super germs.

Let’s be clear. Suggesting that the Stanford review of some 240 previous studies is a blanket condemnation of organic foods, as the headlines above and dozens of others suggest, is wrong. The Stanford review found little prior evidence that commercially-grown organic fruits and vegetables and non-organic commercially grown fruits and vegetables differ remarkably in nutritional content. Jumping to the conclusion that organic produce is no different than traditionally grown produce is a huge mistake, especially when considering that most people who buy (or grow) organics do so to avoid pesticide contamination. What the Stanford review found was that 38% of traditionally-grown produce contained measurable levels of pesticides. Surprisingly, the Stanford study also found that organically-grown vegetables have higher levels of some necessary minerals as well as significantly higher levels of cancer-preventing phenols. (Somehow that all seems healthier to me.) What the study mostly found was that there was a lack of focused, clinical research into the subject. To make the conclusion that the Stanford researchers did, let alone what headline writers did with it, is dishonest.

The backlash was almost immediate. One of the better responses came from the respected The Chronicle of Higher Education which points out that readers who go beyond the headlines find that “the Stanford study acknowledges there may be some evidence, as past research has shown, that organic foods do provide nutritional benefit” (emphasis ours). But here’s the most important line from the study itself, published by Annals of Internal Medicine: Of the three studies looked at that actually considered clinical outcomes, “Two studies reported significantly lower urinary pesticide levels among children consuming organic versus conventional diets” (emphasis ours). Maybe all those headline writers, and the study’s authors, don’t think that pesticide levels in a child’s urine is an important difference.

Yes, more study on the nutritional benefits of eating organically-grown, especially home-grown organic, produce are needed. I’m willing to bet a basket of organic, home-garden zucchini that any study that compares vegetables grown in compost-rich, well-cared for garden soil to commercially grown vegetables will find even more significant nutritional benefits as well as an absence of pesticides. Heck, make it two baskets of zucchini.