No one said gardening is a bed of roses. 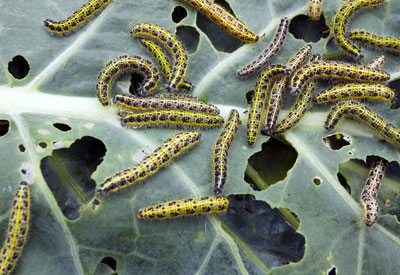 Your enthusiastic Planet Natural blogger writes a lot about the joys of gardening, how it enriches our lives, provides us exercise, and gives us measures of success. Sometimes those measures don’t exactly come in heaping spoonfuls.

Frustration and disappointment are part of gardening, too. Setbacks, mistakes, and out-and-out failure are part of every growing season. Gardening doesn’t promise you a rose garden.

This early in the gardening season (June before the solstice), after everything’s been sown and transplanted, gardeners face a dose of reality. Not every plant we set out survives to give us beautiful blossoms or a bountiful harvest.

Earlier in our career and in a damp, cool climate, we lost seedlings indoors and out to damping off.  Indoors, this occurred because we over watered. Outdoors, it occurred because our soil didn’t drain well enough and, as I said, we lived in a damp climate. Once we learned to let our indoor seedlings dry completely, once we worked peat moss, vermiculite, and lots of organic matter into our soil (and kept a closer eye on the weather), we didn’t have much problem with damping off.

Shop our large selection of beneficial insects, including live ladybugs, at Planet Natural. One half pint — 4,500 ladybugs — treats an average size garden for $32.95 with FedEx 2-day shipping included!

The frustrations of those damping off losses lingers. That’s probably what motivates us to keep a close eye on our plants when they first emerge, especially in relation to watering. We don’t want that frustration again.

One of the most frustrating seedling experiences we’ve had started out as something of a mystery. We came out one evening to see the progress that our newly-emerged bush beans had made only to find some of them broken off or plucked whole from the ground. It wasn’t until the next morning when we spied a crow walking the rows, grabbing the seedling in its beak and plucking them from the ground, that we knew what was going on.

Mr. Crow wasn’t eating the bean seedlings. He was just pulling them from the ground, apparently just for fun.

Slugs have caused us some grief this year. In our emerging greens, just one — or was it an army of slugs? —  mowed its way through the arugula, leaving a trail of chewed leaves and broken plants. Another hit our squash seedlings and made our best-grown plans go astray.

We planted five butternut squash seeds in a large hill thinking that we’d thin to two plants on either side of the hill when the plants emerged. Only three seeds emerged. We were ready to keep the two with the most space between them when, overnight, a slug chewed off most of two of the butternut’s first true leaves. All growth stopped. Suddenly, we were down to one surviving squash plant.

Replanting was the solution to both these examples. That and a “slug levy” of coffee grounds, something we generate a lot of around here, circling the surviving plants. We heard slugs didn’t like caffeine but our guess is they didn’t like the coarse grounds and their acid. So far, the levies seem to be holding.

Like all growers, we’ve suffered a litany of crop failures over the years. Some of them were due to our own shortsightedness, lack of knowledge, or just plain laziness.

Failing to rotate our cabbage crops, then failing to protect them with row covers and a general, irresponsible disregard (we did a lot of backpacking that summer) resulted in a cabbage moth infestation that ruined parts of cabbages as well as most of the brussels sprouts. What made the loss particularly frustrating was that the previous summer had yielded a beautiful, nearly blemish-free crop of cabbages and other brassicas.

Then there was the year long ago — the second year of gardening on our own — we thought that last season’s garden seed was good enough. The result was terrible germination, especially among spinach, lettuce and other greens not to mention the zucchini that apparently had gotten damp somewhere along the line. The time lost in our already short growing season couldn’t be made up. Luckily, replanted salad greens had plenty of time to yield salads. Squash, not so much.

There’s small things: the root-bound nasturtiums we left too long in their flats this year and then planted not deeply enough, the little squares of its root-bound soil bulging from the ground every time they’re watered; not pinching out growth-slowing suckers on tomato plants and having nothing but hard green fruits come first frost.

Use indoors or out! Safer® Insecticidal Soap is made from naturally occurring plant oils and animal fats. Penetrates the protective outer shell of soft bodied insect pests and causes dehydration and death within hours. Available in TWO sizes. OMRI Listed for use in organic production.

Then there was the year a June hail storm took out our well-established garden, pummeling the lettuces to the ground and stripping the leaves from broccoli, tomatoes and bush beans, leaving only the sharpened points of their stalks (somehow the first curling tendrils twisting up the bean poles survived pretty much unscathed).

Many of those plants, in a show of resilience and the persistence of life, came back with new growth. The re-sown crops were well on their way two weeks later when another hail storm pretty much finished everything off.

Of course, almost everything was again re-planted, mesclun, beets, and cucumbers. A mild autumn gave us tomatillos as well as sweet broccoli and kale after the first frost in October. Only the tomatoes ended up a no-show.

Each of these experiences is a lesson. We learn the value of knowledge and the cost of our mistakes. We measure the results of not not staying on top of things and not taking care of things as soon as needed. We learn that loss is a part of the seasonal cycle and is often unavoidable. We see reasons for moving on, of starting over, the results tangible in harvests of pea pods, braising greens, and tiny baby carrots.

These events are why gardening is such an apt metaphor for life itself and why it’s such a valuable experience for children. “Why didn’t my seed come up?” isn’t the hardest question a parent will ever have to answer. But how it’s answered — by planting another seed — is a valuable lesson at any age.

Have stories of garden tragedies, lessons learned, or growing frustrations? Tell them here in the comments or over on our Facebook page. Happy endings not necessarily required.