Here's our list of the best vegetables for a fall harvest. 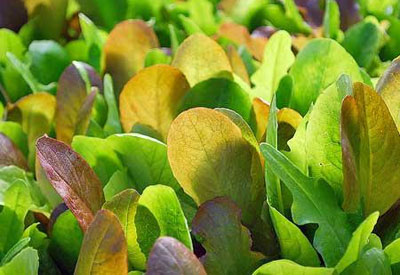 August is the time of year our garden would turn chaotic. Trailing plants like cucumbers and spreading plants such as squash would take over wide swaths of ground that were formerly occupied — if our spring planning was any good — by spinach, lettuce, kale and other greens which, if not harvested would be doing their best to go to seed. These we would pull and throw in the compost… we didn’t care about lettuce seeds compromising our compost and usually the seeds hadn’t dried enough to survive the process. Then, anywhere there was space, we’d sow little squares or circles of late season vegetables, things like mache (corn salad), kale, spinach and arugula, especially arugula, or anything else we had left in our seed bin. If there was some bare ground under one of those big shady squash leaves, we’d stir in some seed under them. The worst thing that could happen is that we’d be turning them back into the soil. The best? Picking fall harvest vegetables just before the snow arrived.

Planet Natural offers heirloom vegetable seeds that are non-treated, non-GMO and NOT purchased from Monsanto-owned Seminis. Need growing advice? Visit our vegetable guides for tips and information on specific types.

The idea was to have greens to pick in October — usually well after the first frost — and into November and December as well. The attempts sometimes had small rewards — germination this time of years can be difficult — but there were also years (like last) that we had bounties. The more promising patches we’d mulch heavily in the hopes that they would rejuvenate in spring. They often did, even though there in Bozeman, Montana, the winter brought us an occasional temperature of 20, even 30 below. When the first frost threatened, we’d cover our plants, giving them a chance to thrive another day. Better yet was the raised bed that we could keep covered with plastic. There was something special about those salads we’d pick around Halloween and something even more special when we’d serve pasta with sautéed arugula to our friends the days before Thanksgiving.

Of course, we’re not the only ones who just can’t give up our garden produce when fall arrives and therefore make special effort now to assure us something to pick. You Grow Girl has a nice piece on the joys of late season gardening over at her site. Best take-away line: “Just like us, plants get rather antsy about procreating before their time comes.” All we can say is, you go, girl! There’s also valuable information to be found at the University of Illinois Extension website. And if you think your Zone 4 or otherwise early frost conditions preclude you from late planting, check this out from the University of Minnesota (brrrr!). They’ve got a handy chart listing what and what won’t survive a light (or otherwise) frost.