How to grow dandelion greens and other bitter herbs organically. 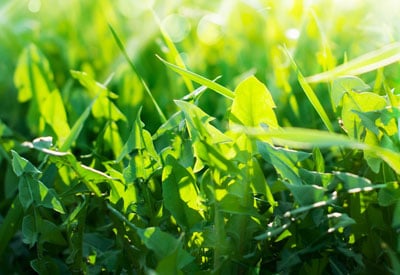 The seed catalogs are coming in and that gave me and my brother-in-law something to talk about over the holiday weekend. Since when did mega-seed selling Burpee stop selling dandelion seed? We couldn’t find it in the 2015 catalog. Brother-in-law went over to his shelf and pulled out the 2014 catalog. Nope. (Full disclosure: They do have dandelion listed online. Go figure.)

This seemed strange because growing bitter herbs, dandelion among them, is once again all the rage because of their reported health benefits. Besides dandelion’s super-rich vitamin content, it’s also — like most bitter plants — known to be a digestive aid and detoxifier. It’s said to give a healthy boost to the immune system. Dandelions have something of a cult-following among gardeners, the health-conscious, and gourmets who cherish the greens in the same way they cherish radicchio, another bitter plant.

That’s the other thing. The bitter foods category is so large that it’s easy to add them to your diet. All of us who use horseradish, enjoy coffee and chocolate, like a mixed green salad, or drink herbal tea are already consuming bitter foods. 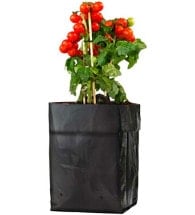 Widely used by nursery professionals, Grow Bags are available in many sizes.

Purchase by the case and save BIG $$$. Widely used by greenhouse professionals, Plant Grow Bags are now available to the home gardener. Made from a specially formulated plastic that provides for a longer life than any other on the market.

We’ve always thought of bitter herbs as something of a tonic, coming as wild greens at the first hint of spring. Of course, they have a deep and well-known spiritual connection and are often present in various rituals, celebrations, and holidays from a variety of cultures. Living back-when on a hippie homestead, I saw the steaming of the first nettle shoots we picked on the south side of the barn as a passage that marked winter’s loosened grip. We also ate early, small dandelion greens in salads before they got big. Later in the season, we’d dig a few roots, hose them off, and dry them to later grind for tea.

We didn’t spray or otherwise spread chemicals so we knew the greens were safe. Nor did we have to encourage them. They just came up.

Count yourself lucky if you have or know of a good-sized natural lawn or field that isn’t sprayed with herbicides, pesticides, and other compounds you’d like not to eat. When foraging food, consider what’s going on nearby as well. If they’re spraying next door you can be sure of some drift. Even public park lands and forests may not be safe.

So why not grow some dandelions? In a way, it’s the most ironic plant; hunted and sprayed out of lawns across America. Luckily, people are starting to embrace the idea of a chemical-free lawn and better ways to control dandelions if you choose to control them at all. Maybe the best control is harvest.

Grow them in the garden and you control moisture, soil quality, and sunlight. Using commercial heirloom types from France, Italy, or elsewhere makes for better eating that your common lawn weed. Like any green, they like a rich, well-drained soil. But they pretty much grow themselves.

Better yet, they can be started in a container, indoors, so you can plant them now here in January and be harvesting tender leaves sometime after Valentine’s Day. I’ve read where some growers transplant roots to pots come early fall then force the greens indoors under lights for salads and garnishes in and around the December holidays. It’s like having your own endive. Some heirloom types will grow leaves 10 to 12 inches in length. Raise them indoors and harvest when the leaves are a tender 3 inches or so long.

There are many other bitter greens you can grow, some of which, such as parsley and radish and many loose, leaf lettuces, you might already plant. Horseradish is a long-time garden favorite and easy-to-grow depending on your conditions. The seeds and flowers of many herbs, frequently served as teas, are bitter.

My brother-in-law thought that the relative lack of popularity for growing dandelion was due to its villainization in hundreds-of-thousands of lawn company ads, and the culinary rise of arugula and kale, both considered healthy, bitter greens. You can buy them by the bag at the grocery store, he marveled.

I told him that dandelion greens were getting big with farm-to-table chefs, both in big cities and country destinations. Gourmets were always looking for the next big thing — how do you think that kale and arugula got so big? — and dandelion was about to have its day. As proof, I told him about a dish a friend claimed to have eaten in a Pacific Northwest restaurant. It featured sauteed dandelion flower buds, fat and tightly closed, tasting a bit of artichoke (another bitter plant). My brother-in-law, a steak-and-potatoes guy, only shook his head.