Being thankful for the foods we grow ourselves. 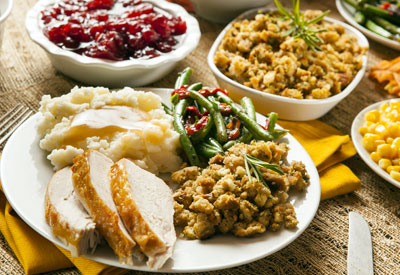 One of my favorite Thanksgiving memories has to do with green beans. Everything grandma put on the table was excellent — especially the pies — but my favorite Thanksgiving dish was her home-canned green beans. No, they didn’t come in a casserole held together by mushroom soup and topped with French-fried onions. They came just as they were, straight out of the glass jars that grandma had canned them in only a few months earlier. They were and still are the best green beans I’ve ever eaten.

These beans were about more than just flavor. I’d been there in August when her kitchen, already hot from the summer weather, was steamy from the pressure canning that was going on. I didn’t get to help much with this work as it involves knives and boiling water. But I got to watch the entire process and maybe have a cookie if I behaved myself.

I had other connections to these beans. I’d been there in May when grandpa put the seeds around the poles he’d stood tee-pee style and in the furrows he scratched out between rows of garden stakes. I later crawled through those rows pulling weeds. I’d been at the faucet waiting to turn it off when grandpa hollered he was done watering. I helped pick the beans when they were ready.

I can’t tell you if the canned beans grandma served at Thanksgiving were pole or bush (I know we ate a lot of pole beans fresh in the summer). I know they weren’t mushy like some of the other canned beans I’d had and I remember that they didn’t need salt. I knew that if you took a bit of butter and put it on top of the still-warm beans you had a treat even better than stuffing and gravy.

Those of us who grow our own vegetables and fruits know the work that goes into the growing, as well as time spent with family doing that work, seasons what we eat with accomplishment and love, making it all the better. Those of us who have a small garden space and the means to raise vegetables have much to be thankful for. We know that we’ve grown our food organically, protecting our family’s health and well-being — don’t forget gardening is exercise — while taking care of our tiny slice of the planet. Gardening, we know, is good for the soul.

This Thanksgiving, we’ll look around the table and be thankful for all the foods there that we grew ourselves. No, we’re not into backyard turkey raising, not yet anyway. And the flour for dinner rolls and pie crusts, comes from the nearby, high-plains wheat grower. And so much else.

But the pickled beets on the relish tray? The mashed potatoes heaped high in a big serving bowl? The squash that’s been sweetened with a bit of Vermont maple syrup, the onions in the gravy, the pumpkin and the apples in the pie? (Okay, we didn’t grow pumpkins this year so we made the pie from home-grown squash.)

And yes, we grew the delicious green beans ourselves. Maybe those beans aren’t as good as we remember grandma’s were. But those beans, seasoned with memories, are the best our children will probably ever know.