Gardens made of straw bales are great for tomatoes, potatoes and all your favorite vegetables. 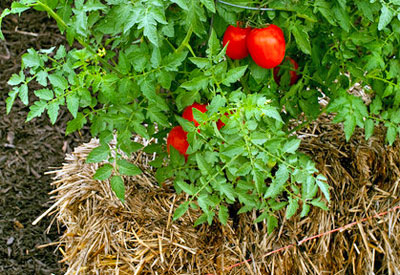 It’s this year’s hottest way (heh) to garden! And it’s also a social media phenomenon! It’s straw bale gardening. Ever since the publication of his book, Straw Bale Gardens (Cool Springs Press), Joel Karsten has become something of a gardening celebrity, making television and YouTube appearances, being interviewed by major papers, and gathering a Facebook following that counts over 27,000 likes.

We’ve written about using straw as mulch and bale gardens whether straw or hay, before. Karsten has really refined the technique which basically revolves around one thing: the bales are composting as the plants grow. The heat generated by the composting straw gives the vegetables planted in them a distinct advantage. Warmer “ground” temperatures stimulate root growth. Karsten capitalizes on this by pulling plastic tents hung from wires strung over his bale rows to trap that generated heat, thus giving him an early start and warm early conditions there in his Roseville, MN home. 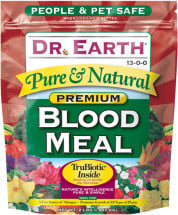 With the right gardening supplies growing local, organic food is easy! Planet Natural has everything you need to get started: heirloom seeds, soils and fertilizers. Need advice? Visit our vegetable guides for tips and information on growing specific types.

Once you line up rows of bales for your garden, how do you get them to start composting as they stand there above ground exposed to the elements? Karsten “conditions” the bale for up to two weeks ahead of planting by sprinkling traditional chemical fertilizer that’s high in nitrogen over his bales and watering it to draw it into the bale. Now we organic gardeners wouldn’t want to do that. But we could get the same effect by using organic fertilizers high in nitrogen, say blood meal, fish meal, or cottonseed meal; or an organic fertilizer mix with good nitrogen content. Not much fertilizer is needed, but thorough watering is important. But don’t over water to the point where your nitrogen source is washed from the bale.

Another consideration for organic gardeners: You’ll want to use bales of straw that are grown organically. These can be expensive and not easy to find as any any organic dairy farmer will tell you. But as the popularity of organic meats and dairy products continue to grow, organic bales should be easier to get (depending on where you live).

Once the bales are “seasoned,” they can be planted in seed with the addition of a little top soil. Starts can be placed directly in the bales after scooping out a spot. It might be good to add a little compost to tamp in the roots. Those same wires that support covers can be used to string support for beans, peas, cucumbers and the like.

It occurs to your occasionally quick-witted Planet Natural Blogger that this might be a good way to start a garden, placing bales over existing ground or turf and letting them decompose as they sport vegetables, smothering the grass and weeds that were growing underneath. At the end of the season — or maybe two — you’ll have a well-composted row of soil in which to grow another season’s crops. Anybody have any experience with this?

Here are some tips on bale gardening from Minnesota Farm Guide (natch) . It may not be too late to get some bales conditioning for a late season garden, especially since they’ll extend the growing season by generating their own heat. And now’s the time to start scouting for bales from you local, preferably organic, farmer. 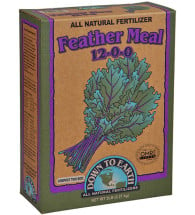 Made from hydrolyzed and ground feathers collected from the poultry industry. 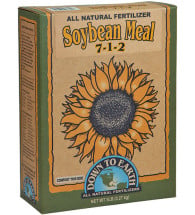 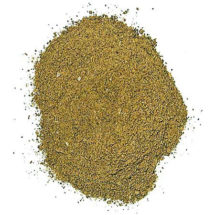