The grass is greener — and safer — without synthetic fertilizers and chemical herbicides. 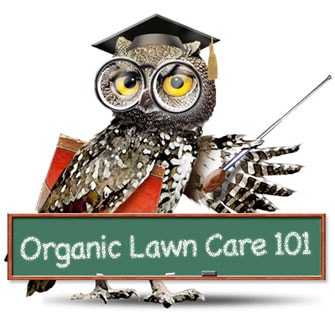 Lawns may have been invented in Europe, but they’ve reached their apotheosis in North America. For those in the U.S. of A, that green, green grass ranks right up there with apple pie, backyard barbecues and softball. For Canadians it’s proof of place, both a responsibility and a privilege, like wearing decent clothes when you leave the house. Keep your teeth clean and your grass green. In the lower 48 states and much of southern Canada, grass is practically an obsession.

The problem with the perfect lawn is that it wreaks havoc on both your wallet and the environment. Between 30 and 40 million acres of land in the U.S. are devoted to turfgrass, and Americans collectively spend big bucks — about $40 billion annually — on seed, sod and chemicals. In Canada, which has around one tenth the population of the U.S., sales from all lawn care products have risen steadily over the past five years, to over $2 billion by 2007.

Much of that money goes to products that “help” grass only in the most superficial ways and that degrade the soil, pollute any water they reach, and pose serious health threats to humans, their pets, and any wildlife in the area, including birds. As people become aware of these facts, attitudes towards conventional fertilizers and pesticides are beginning to change. In Canada, over 130 communities and two entire provinces have passed laws severely restricting pesticide use, so homeowners and city park services are going organic perforce. In the U.S., where municipalities in many states lack the power to pass such comprehensive laws, a number of cities and towns have restricted the use of pesticides on school grounds or in parks. Furthermore, while many pesticides remain legal in the States, more and more people are becoming aware of the strain that they place on the ecosystem. All across North America, people are not only considering going green, but whether the perfect lawn is worth the long-term environmental price we’re paying for it.

Tip: Lawns add beauty and comfort to our lives. As the places where children play and friends gather, you want them to be as safe as possible. Planet Natural Garden Supply offers a complete line of lawn and landscape products to help you create the healthiest and best-kept outdoor environment possible.

Many of us have inherited our lawns and our ideas about how to care for them from an earlier era, when pesticides seemed safe and water inexhaustible. Since the mid-1950s, when the ideal of the weed-free carpet-like lawn took shape, pesticides — meaning insecticides, herbicides, and fungicides — have often been used routinely and preemptively, with the result that synthetic chemicals are often overused on lawns. In fact, one 1996 survey found that more pesticides are used on turfgrass than on any other ornamental (see Sustainable Turf Care).

We’ve inherited more than our maintenance standards and procedures; we’ve inherited the grass itself. Look around almost any town and you’ll see Kentucky bluegrass, still one of the most prevalent grasses in North America. It makes for a beautiful lawn but requires enormous amounts of water, which hurts both the environment and your pocketbook. A sustainable landscaping presentation by the U.S. Environmental Protection Agency (EPA) estimates that watering lawns accounts for 30 to 60 percent of water consumption during the summer months.

There are other costs of planting a grass that isn’t well suited to the land or its rainfall. We end up using tons of soil amendments, fertilizers and pesticides to keep things looking good. (Tons here is not just an expression. Estimates vary, but Americans dump approximately seventy million tons of fertilizer and seventy to ninety million pounds of pesticides on their lawns each year.)

Yet lawns, combined with gardens and other landscaping, do a lot of good. They muffle traffic and other noise pollution, and like all green plants, lawns help reduce carbon dioxide levels. They act as filters, removing pollutants from the air that we breathe. And nothing beats grass as a place for kids to play.

Going organic doesn’t mean you have to give up your lawn, and it certainly doesn’t mean that you have to give up the rest of your life tending for your lawn. It means planting what will do well in your climate, watering deeply but infrequently, and avoiding the use of dangerous and expensive chemical fertilizers and pesticides. This site should help, whether you’re ready to dive in head first, or just want to dip a toe in organic waters.