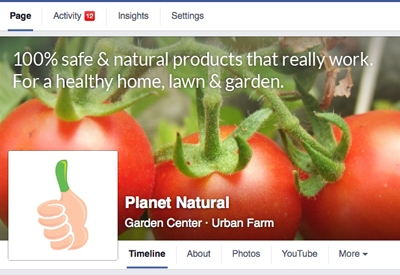 This came to mind after an email exchange with one of this blog’s readers. The results were surprisingly reassuring.

A reader wrote proposing a boycott because of our assumed recommendation of Roundup, the heavily used glyphosate pesticides that’s been shown to be harmful to humans and to soil.

Of course, we don’t recommend the use of Roundup or any chemical pesticide. And we didn’t think our slightly tongue-in-cheek suggestion that Roundup was the lazy man’s way out would be taken seriously. After all, the sentence that followed made it clear what we thought. But our dear reader maybe didn’t get that far after taking our Roundup statement at face value. Maybe we should have made it clearer.

So we responded politely, pointing out what we meant to say and supplying links to a host of other articles that made clear how we felt about you-know-what. To our surprise, the reader responded, apologizing for the misread, and generally being very civil. Like all web sites with a stake in some issue or another, we get trolls and comments that leave no doubt about how what they think of us. But then there’s honest exchange going on as well, and the emails between us and our dear reader is a prime example, carrying both the passion, reason, and civility it takes to be an organic gardener.

These days, the word “organic” itself is at stake. In these days of “greenwashing,” it’s been hijacked by corporate food interests and dubious labeling requirements to mean little. This cheapens the honest labor of true organic growers who sell at farmers markets and local stores. This notion of how the word “organic” is abused is featured in Peter Laufer’s new book Organic: A Journalists Quest To Discover the Truth Behind Food Labeling (more about that in another post).

Incidents like this make us wonder if we take our principles for granted. So we thought this would be a good time to review what we mean when we say “organic” and not just in the growing sense, but also the business sense. Then we looked at the introduction that sits permanently atop our blog and realize, it’s all there, the big stuff like sustainability, composting and soil improvement, how-to’s, and heirlooms. But Planet Natural is also about the details: Integrated Pest Management, microbes, collecting seed, and cover crops. And we’re all about the enjoyment gardening brings, whether from hard-work or feasting on the harvest.

We’ve always encouraged comments, either here or at Facebook and are always surprised at the smarts, wit, and (again) passion of the responses. And we’re appreciative of those who spot factual errors, or just sloppy editing (like when we casually interchanged the words “straw” and “hay” in one post), and bring them to our attention.

There’s much to disagree over when it comes to the specifics of vermiculture or xeriscaping; as well as the politics of food production (see Bittman, below). We don’t think anyone comes to our site to argue for corporate agriculture, yet there’s plenty of disagreement among the grow-local community over the best ways to market, distribute, and generally run a business.

So here’s to further discussion, correction, experiential confirmation, and all the other components of the community. As they used to say, keep those cards and letters coming in.

Food Fight . . . In the battle against processed foods and their effects on health, Mark Bittman of The New York Times keeps raising the semantical bar. He was one of the first to refer to refined sugar as “toxic” and now he’s accusing the processed food industry of possible stupidity. “Even a mindless parasite knows that if it kills its host the party’s over,” he writes, “and by pushing products that promote “illth” — the opposite of health — Big Food is unwittingly destroying its own market.” So that’s their evil plan: to kill us off one by one!

As strident as this might sound, the piece is actually informative — it includes several worthwhile links — and carries an important message. Bittman, as is his way, gets to the heart of the dilemma. “The problem is that real food isn’t real profitable,” he says. If you’re at all interested in the way corporate food producers justify their products (it’s often about shelf life) as well as market them, go read the full column. Then come back here if it makes you feel like saying something. We’d love to hear.