Our Food, Our Health, Our Gardens 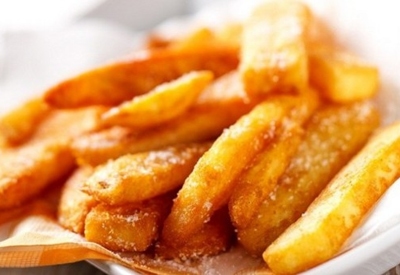 One of the great reasons to garden organically is to assure that the food we put on the table for our friends and family is as healthy as it can be. But even the most intensive gardener can’t grow everything she or he brings to the kitchen. Here’s some recent food issues and related topics that have caught our eye here at Planet Natural. If you’ve seen other stories of interest to us and our readers (you!) then, please, by all means (including Facebook) let us know.

Apples and Oranges Organic Comparisons: The Washington Post has done readers a disservice in a recent article entitled “Is Organic Better For Your Health? A Look At Milk, Meat, Eggs, Produce and Fish.” The piece claims to be a “run down of evidence,” but it doesn’t reference much evidence at all. And when it does, it tends to disregard it.

Worse, it takes the narrow, though important view of organics’ effects on the larger eco-system. “Leave aside for the moment whether organic agriculture is better for the planet,” it advises. Of course, many of those pesticides and other chemicals used in non-organic agriculture will turn up in the water we drink and the air we breathe (see “drift” below) as well as in the food for which it’s used to grow. These secondary impacts of pesticides, including in the milk our children drink, can be just as harmful, even more so, than whatever pesticides lurk on our peppers, spinach, kale, and strawberries.

While the Post article references studies that found organic produce has significantly less pesticide residue than conventional produce, it tends to gloss over that fact in its conclusion on produce. Worse, is its dismissal of chemicals found in milk. Even after referencing a report (PDF) on pesticides and industrial chemicals in milk (note the increase between results in the 1990s and the 00s as the testing became more sophisticated), it concludes that, “Exposure to pesticides, contaminants or hormones is not a significant risk in either organic or conventional milk.” The article dismisses the dangers from Insulin Growth Factor (IGF) that many cows receive (or manufacture after being given other hormones) despite referencing a warning about hormones from the American Cancer Society.

To its credit, the piece does report that organic milk from grass-fed cows does have higher levels of beneficial omega-3 fatty acids.

The Washington Post piece, not tied to any newly released studies or breaking news on the issue of conventional and organically produced foods, recalls the reporting on a study from Stanford University that the press greeted with misleading headlines and a “see? we told ya so!” attitude that closer reading of the study itself didn’t actually support. Cost of organic produce always seems a bigger issue than health in such reporting. If you want to really save money, grow your own.

The other thing the article dismisses out of hand is the taste of organic produce: “Leave aside flavor, too,” it advises, “because it’s subjective and variable.” We’ll certainly grant them the “variable” part of that declaration. The quality of the organic produce varies considerably between our local farmer’s market than that at, say, Wal-Mart or other major supermarket chains. And while taste is, of course, subjective, we’ll challenge anyone NOT to notice the flavor difference between a conventional tomato purchased at the grocery to one grown organically in some backyard garden. No contest!

For you edification, here’s a guide to which fruits and vegetables carry the most pesticides and should be bought organic as well as more information on the dangers of pesticides on our produce. GMOs are another issue altogether, one we’ve followed and discussed frequently. As readers of this column we know you’re with us when we say that the best way to assure the safety of your family’s food is to grow as much of it as you can. That not only protects your loved ones, it protects the environment as well.

Getting Their Drift: Potatoes are one of the vegetables that should be bought organic and for good reason. Those chemical exposures talked about above that don’t necessarily come from consuming the chemical-treated produce? The people around Perham, Minnesota know something about that. They’ve lost sheep, watched the death of birds and frogs, and noticed their own health problems rise when potato fields moved in and those fields were sprayed with the fungicide chlorothalonil (PDF).

To their credit, citizens in the area didn’t stand by and take it. With the help of the national Pesticide Action Network, they placed monitors in and around the area, including at homes and a school in the nearby town. The “drift” study, begun in 2006, found chlorothalonil was present in 68% of the samples they took over three years. Most of the potato crop in this part of Minnesota is grown by a single company, one of the largest potato growers in the world. Much of the crop is sold to McDonald’s for their fries. Farmers say they need the chemical. The residents disagree.

They’ve formed a coalition to improve health conditions in their area. Check out their website, Toxic Taters to learn about their struggle. You’ll find their personal stories both disturbing and inspiring. And while you’re there, sign their petition (link no longer available) urging McDonald’s to cut the use of dangerous pesticides in potato production.

Big Agriculture, Big Health Problems: Here’s a film that sure to be controversial. Fed Up (trailer here, the movie’s Facebook page here) examines the role of processed foods, especially sugar, in our nation’s ongoing health problems. To quote the film’s makers, Fed Up “blows the lid off everything we thought we knew about food and weight loss, revealing a 30-year campaign by the food industry, aided by the U.S. government, to mislead and confuse the American public, resulting in one of the largest health epidemics in history.” Can you say government subsidies to corporate agriculture? The film’s set for release on May 9. In the meantime, we’re looking for a screener to view and will get back to you if and when we see it.