Fertilizer Basics: What’s In a Number?

Understanding what the numbers on a fertilizer bag mean is as easy as 1-2-3. 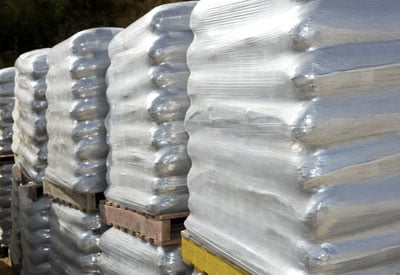 Confused about fertilizer numbers? What value do they have in organic gardening? A plant needs nutrients to survive. Most of these are provided by the soil, but soil varies tremendously in nutrient amounts, soil type, pH, and nutrient availability.

The three main nutrients that have been identified as absolutely necessary for plants are nitrogen (N), phosphorus (P) and potassium (K). These three are also known as macronutrients, and are the source of the three numbers commonly found on organic fertilizer labels. The numbers found on our All-Purpose Fertilizer, for example, are 5-5-5. This is the percentage by weight of the N, P, and K found in the fertilizer.

So what’s so important about nitrogen, phosphorus and potassium?

Nitrogen (N) is probably the most widely recognized nutrient, known primarily for its ability to “green up” lawns. Nitrogen mainly affects vegetative growth and general health. Chlorophyll, the green substance in plants responsible for photosynthesis, is largely composed of nitrogen. It is also used heavily in new shoots, buds and leaves. Air contains about 78% nitrogen, but atmospheric nitrogen is not readily available to plants. They must absorb it through the soil. Ammonium and nitrate are both readily available forms of nitrogen, but they are common in chemical fertilizers and leach heavily and quickly out of the soil. Nitrogen can be applied organically in many ways, including blood meal, feather meal and various liquid fertilizers such as Alaska Fish Fertilizer. Keep in mind that many organic dry fertilizers are slow-release, helping the long-term nitrogen content and building up organic matter in the soil.

Nitrogen deficiency is recognized by the yellowing of older leaves, slowing or stopping of growth. Leaves may drop sooner than expected. Excess nitrogen is recognized by extremely fast growth, resulting in long, spindly, weak shoots with dark green leaves.

Phosphorus (P) is important for healthy roots and is used more heavily during blooming and seed set. Phosphorus is easily rendered unavailable to plants when the pH is slightly unbalanced. It is released in soil through decomposing organic matter.

Phosphorus deficiency is recognized by dull green leaves and purplish stems. The plant is generally unhealthy, sometimes yellowing. Lack of blooming with lush green foliage may also indicated a lack of phosphorus. Organic phosphorus can be found in rock phosphate, bone meal and various liquid organic fertilizers such as Neptune’s Harvest Fish & Seaweed.

Potassium (K), sometimes known as potash, is important for general health of plants. It is key in the formation of chlorophyll and other plant compounds. Potassium is also known to help with disease resistance.

Potassium deficiency is hard to symptomize, but plants are generally sickly, with small fruit, yellowing from the older leaves upwards, and sickly blooms. Sources of organic potassium include sul-po-mag (sulfate of potash magnesia), palm bunch ash, and liquid fertilizers such as Earth Juice Meta-K.