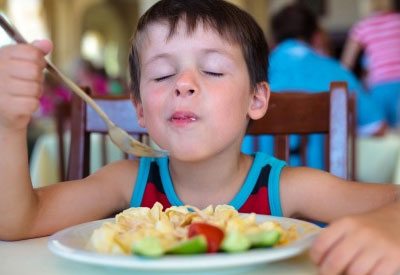 A recent study clearly demonstrates the health and longevity benefits of eating organic produce over conventional produce… if you’re a fruit fly. The study designed by a then 16-year-old Texas student not only won her top honors in the national science fair competition, it added to a growing body of evidence that eating organic — despite stiff food industry-sponsored denial — is indeed healthier.

The study also illustrates the value of engaging your children in family nutrition, gardening, and life-style choice discussions. The fruit fly study winner was inspired to put the organic question to the test after hearing her parents discuss the issue.

The award winning study not only won Ria Chhabra the national science fair competition but also publication in a respected scientific journal and access to nearby university labs usually available only to graduate students at Southern Methodist University in Dallas. The study, as a few news sources pointed out, stood in stark contrast to an infamous Stanford study that suggested organically raised produce was no more nutritious than conventionally raised produce.

What Chhabra did was turn the Stanford question — are organic foods more nutritious? — on its ear. By comparing them to conventionally raised fruits and vegetables, she asks the opposite: are fruits and vegetables treated with pesticides and herbicides less healthy? Her study is evidence of what consumers and organic growers already suspected. You’re better off without the chemicals.

Fruit flies fed organic raisins, potatoes, and soy beans demonstrated dramatically-increased life spans over those fed conventional raisins, potatoes and soy beans. The most dramatic increase was seen in the flies fed soy beans (consider that almost all conventional soybeans are the product of genetic-engineering… what does this suggest about GMOs?). The fruit that showed the least longevity gains was banana.

The study has earned Chhabra coverage from some top media outlets including The New York Times and CBS news. Here’s a list of articles publicizing the young scientist’s work. Her parents must be proud.