Pesticide use may leave us a world without pollinators. 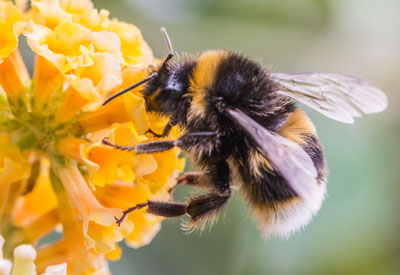 With good news comes bad. Preliminary reports from the winter of 2013-2014 gathered by the Department of Agriculture and the Bee Informed Partnership have found that loss of honey bee colonies from all causes was 23.2%, down from 30.5% the previous winter. For the full 12 months — April 2013 to April 2014 — the 7,183 beekeepers who responded to the survey reported losing 34.2% of their 670,568 colonies.

The full report can be found here.

How is this good news? The 23.2% figure is well below the 8-year average total loss of 29.6% and much less than the 36% loss suffered in 2007-2008. But hopes that bee colony collapse numbers have turned a corner are premature.

Lisa Archer, director the food and technology program for the organization Friends of the Earth, told The New York Times that, “These dire honey bee numbers add to a consistent pattern of unsustainable bee losses in recent years.” (Friends of the Earth have been following the bee die-off crisis closely over the years. It’s worth following their website for the latest information.)

The survey follows the release of a study that showed neonicotinoids, a class of pesticides, caused honeybees to disappear from their hives (PDF). That study has been challenged by pesticide makers who have championed a study linking tobacco ringspot virus, a disease transmitted to bees from pollen, as the cause of colony collapse disorder.The European Union restricted the use of the pesticides last year.

One neonicotinoids producer, Bayer, has mounted a campaign against the varroa mite in an effort to turn attention away from the pesticide and its relation to bee losses.

A recent Congressional hearing on bee losses was stacked in favor of pesticide representatives. Friends of the Earth reported that the Bayer Corporation testified but that the hearing included “no independent scientists on the leading edge of bee research and no large, commercial beekeepers who are experiencing firsthand the dire losses of bees which are responsible for pollinating many of our food crops.”

The nonprofit organization Xerces Society has reported that levels of neonicotinoids and other pesticides harmful to bees (not to mention humans) are used in American backyards at levels dozens of times greater than allowed for agricultural uses. Neonicotinoids are also commonly used in nurseries. Unsuspecting gardeners may be importing the persistent pesticide to their yards when they buy bedding plants. (Friends of the Earth currently has a petition drive to encourage Lowe’s and Home Depot to stop carrying such plants with these pesticides.) You can find a list of home garden products that contain neonicotinoids and similar pesticides as well as other valuable information at the Xerces Society website here.

Wired has also reported that it isn’t just honey bees that are in decline. Butterflies, wild bees, and pollinators of all sorts are dying off as well at levels that threaten the very nature of the earth’s flora. Tragically, monarch butterflies are being wiped out to the point where their annual migration has nearly disappeared. In addition to pesticides, habitat loss has served to decimate their numbers.

I’m having a hard -time imagining a world without bees and butterflies and an even harder time imagining one without flowers and pollinated food crops. Is it worth it protecting the profits of a few corporations that manufacture these pesticides for their own selfish interests? A bigger question: What kind of world will we leave to our children? 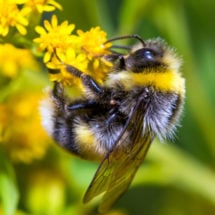 Specially designed hives can be used effectively for the pollination of crops. 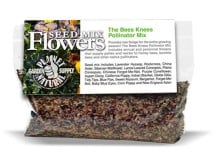