Bats feed on pests from cucumber beetles to termites. Put them to work for you. 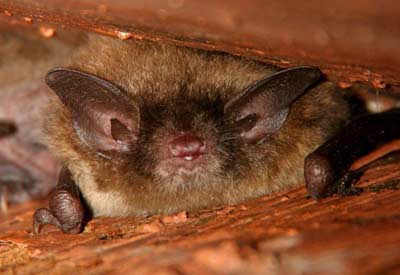 Bats get a bum deal. Thought of as blood suckers and destroyers of fruit, bats are seen as frightening pests when in fact almost all are beneficial. Those blood sucking bats? Out of some 1,000 species only three actually take blood from mammals. And those live only in the Central American tropics. Most of the fruit bats live in the tropics as well. The bats, like the tiny Indiana bat that populates most of the midwest and east? They’re not blood suckers. They’re bug suckers. Over 70% of all bats — and more in the U.S. — are insectivores.

A single brown bat can eat between 600 and 1,000 flying insects in an hour, some 5,000 in a single night. And not all insects that bats eat fly. They’ll also pluck tomato hornworms, cucumber beetles, codling moths, earworms (like the kind you find in corn) and stink bugs. If there are insects that plague your garden (like grasshoppers) or you (mosquitoes), well, suddenly bats don’t seem so terrible. 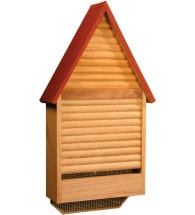 Provides a friendly shelter for these misunderstood insect eaters on the fly!

A friendly shelter for these misunderstood mammals on the fly! The Heartwood® Bat Lodge is handmade using premium cypress and includes TWO living quarters with climbing mesh for easy access. Handmade in the USA.

Some smaller bats also feed on pollen and flower nectar. Like bees, they’re pollinators. Most of these bats also live south of the border and pollinate such fruits as guava, avocados, bananas, and mangoes. The lesser long tongued bat and the Mexican long tongued bat, both pollinators, migrate into the American southwest and California. Both, sadly, are on the endangered species list.

In fact, bat numbers across America are in decline. The reasons are many but almost all have to do with human activity. Much of this is because of loss of habitat. Many bats live in caves which are subject to vandalism. Other roosting bats are losing their habitat to timber harvesting and land clearing. Pesticides are also a huge killer of bats. A disease — White Nose Syndrome (WNS) — first introduced to this country in 2006, is also a major factor, killing some 6 million bats a year.

As organic gardeners, it’s important that we encourage every natural predator of harmful insects that we can. One thing we can do is provide bat houses near our garden to encourage bats to live there. About the same size as a bird house, bat houses can host dozens of bats (remember, most bats are small). A bat house, by providing a preferable alternative, will also discourage bats from roosting in your attic or garage. If you install a bat house outside, be patient. It may take bats a season or two to find the house and move in.

If you have a budding scientist at home, bat houses can make a swell gift. Keeping record of the traffic in and out of the bat house as evening sets in, and attempting to identify the type of bats using it, can be a fascinating pastime for bat-happy kids and a way to teach data recording and scientific observation. Bats have been little studied compared to most of the animal world, and learning about bats can make for a fine science project. Here’s a source of information (PDF) on bats. And here are plans for building your own bat house … another worthy project to do with your kids. Not so handy? We know where you can get one that’s ready to go.

Remember, that bats, like all wild animals, can be dangerous. They will bite to protect their territory and can carry rabies (there have been 15 case of rabies transmission from bats in the last 50 years). We used to find bats roosting at a perfect height for observation in dwarf fruit trees around our neighborhood. But you and your children should be taught never to disturb a roosting bat. It might be bad for you and it will certainly be bad for the bat. And you want them out there, cleaning up insect pests.

Austin, Texas has gone out of its way to preserve bat populations. It now calls itself “Bat City.” Check out this video. These bats eat 10,000 lbs of insects a night? Wow! Oh, and bats provide another benefit. 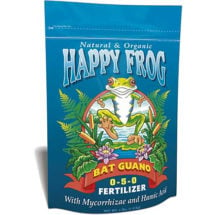 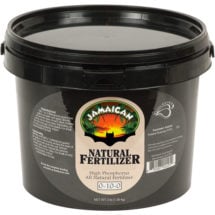 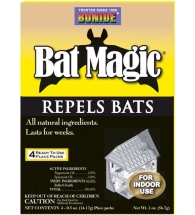 Packaged in convenient "place packs" that can be tossed or tacked wherever needed. 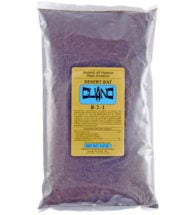 Chock-full of nutrition, this all purpose plant food is one of the best available. 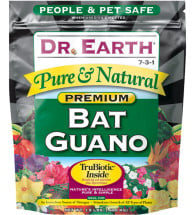 An immediate source of organic nitrogen (7%), plus beneficial microbes.