Allelopathy and the Science of Companion Planting

How ryegrass and other allelopathic plants can cut weeds and boost fertility. 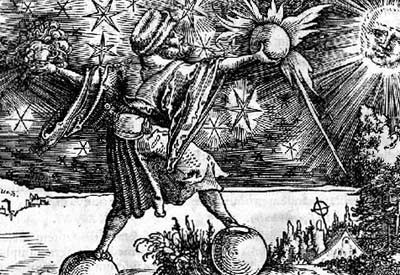 Companion planting has long been part of the organic gardeners tool kit. We’re all aware that some crops aide in the growth of other crops. The “three sisters” — corn, squash and beans — are probably the best known example of different plants that do well when planted close by. Other plants are known to repel pests. Geraniums are often planted in the garden to repel leafhoppers, corn earworms, even mosquitoes. And planting legumes — beans, field peas, hairy vetch — where heavy feeding vegetables will later grow helps increase soil nitrogen.

One problem with these principles is that there’s little scientific study to back up what we know from experience. And, in the case of companion planting, some of the scientific “proof’ can be questionable. But science is beginning to take a serious look at one form of companion planting known as allelopathy. Scientists have discovered that certain allopathic plants have the ability to produce toxic substances that inhibit the growth of other plants. And when those “other plants” are common weeds, well, the ears of organic gardeners begin to perk up.

Planet Natural offers heirloom garden seeds that are non-treated, non-GMO and NOT purchased from Monsanto-owned Seminis. Planting instructions are included with each packet and shipping is FREE! Need advice? Visit our vegetable guides for tips and information on growing specific types.

How does it work? Humans have known for centuries that some plants inhibit the growth of others. Think of it as an evolutionary tool or a kind of plant warfare. The Roman philosopher Pliny the Elder noted in the first century C.E. that chick peas and barley “scorch” land where corn is grown and that many plants can’t be grown near or under walnut trees. In 1832, the botanist Alphonse de Candolle observed that flax inhibited members of the spurge or Euphorbia family, that oats inhibited thistles, and wheat inhibited flax.

Plants with allelopathic properties give off substances that are toxic to other plants. These toxins inhibit growth or keep seeds from germinating. These toxic substances either vaporize and settle to earth or are washed there by rains. They can also be released through the roots or as the allelopathic plant decomposes. Plants and seeds susceptible to the compounds will be stunted, will fail to germinate, and in extreme cases, wither and die.

But these ideas, as told in William Olkowski’s newly revised The Gardeners Guide To Common-Sense Pest Control were surprisingly controversial. At the turn of the century, studies from the United States Department of Agriculture suggested that unproductive crop soils might be caused by an accumulation of toxic substances derived from other plants. This notion was strongly resisted by others in the field who thought all problems of this type were due to soil fertility problems which could be eliminated by crop rotation and fertilization. Congress was even called in to investigate these allelopathic claims.

But resistance to the possibilities of allelopathy has mostly waned (though we can imagine that some of the larger herbicide companies might still be resistant) as more studies are conducted. Today, the science is yielding promising results and is being accepted, along with crop rotation and other wise-use practices, to control weeds and other problems with solutions that require less chemical spraying.

Olkowski provides a chart that shows the various plants that carry allelopathic properties: asters to control ragweed; barley, wheat, and sorghum to control pigweed, foxtail and purslane; cucumber to control mustard and Bermuda grass. He cites the example of using ryegrass mulch in combination with the growing of large-seeded crops like peas and beans. Not only does the ryegrass offer the usual cover-crop benefits of increased soil moisture, greater microbial activity, and moderated soil temperatures, it also helped control a variety of invasive weeds; a win-win situation if we ever heard of one.

Olkowski suggests gardeners with large plots use rye as a cover crop or, in smaller gardens, planting rye at the margins and spreading the cuttings during the early growing season. Here’s a primer on planting cover crops (PDF) including ryegrass. Yes, it’s too late to plant rye grass in almost all locations this season. But sowing rye grass along the margins of your garden is certainly possible come the first hints of spring. Anyway, we’ll keep our eye on this expanding science. Those of you with experience or sources of information are invited to contribute.