Worm Castings Benefits: Why Use This Plant Superfood

The benefits of making and using nature's best organic compost at home. 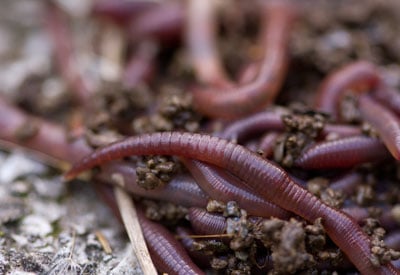 Worm castings are an organic kind of fertilizer derived from earthworms that’s nutrient-rich, and can benefit all types of plants including vegetables, perennials, flowers, fruit trees, herbs, and it’s even safe to use for seedlings since it’s difficult to overdo it!

But what makes worm castings so great? Read along to find out all the reasons why you should consider adding worm castings to your garden, along with tips and tricks that will change the way you do gardening.

What are Worm Castings?

Worm castings are an organic fertilizer made by earthworms. Worm castings manure, also known as vermicast, is simply earthworm excrement, often known as worm poo or worm poop. As these creatures consume compost, their waste acts as an excellent soil enricher.

Why Use Worm Castings?

There are many reasons why you should consider using worm castings. They provide all of the vital nutrients that plants require while also enriching the soil in which the plants are cultivated.

This fertilizer can not only be used on practically any type of plant, but it can also be applied directly to plants without burning them. Plus, worm castings manure can be applied as a top dressing, as a side dressing, or as a soil amendment.

The process of making worm castings is commonly known as vermicomposting or vermiculture. We have a buddy who calls it “worm ranching.”

Vermicomposting cuts down on the amount of garden and food waste that ends up in landfills and instead turns it into great, free organic fertilizer. But that’s not all, read on to learn the numerous benefits of using worm castings in your garden soil.

What are the Benefits of Using Worm Castings in Garden Soil?

The benefits all start with the worm itself. As it digests the organic materials it consumes, it refines them. Nutrients, including minerals and trace elements, are reduced to their most usable form. The castings have a neutral pH of 7.0.

As an amendment, castings are completely finished and unlike some other creature manures, don’t smell strongly (they smell like forest soil) nor will they burn plants due to too much direct nitrogen.

Castings do contain 4% to 5% more nitrogen than your average garden soil, but in a slow release form due to the mucous the worms secrete as they digest (bait fishermen and most kids know the slime we’re talking about).

Other benefits of worm casting include:

Studies show that germination and seedling growth is improved by planting in earthworm castings. In short, worm castings are the superfood of garden plants. It overall promotes healthy plant growth, flowering, and even fruit production.

Worms, as scientists are discovering, can also remove heavy metals and other toxins from soil. This can be especially useful in the reclamation of landfills and other contaminated sites. It can also be helpful in keeping your garden soil first-rate.

Of course, some of this process goes on naturally. There’s nothing more uplifting than turning over spring garden soil and finding a bunch of wigglers making your rich soil richer.

You can buy fine quality, OMRI-rated worm castings and use them for your potted plants or to dress your tomato plants and expect all the benefits.

A lot of gardeners add red wigglers, the composting worm, to their outdoor compost piles once the season arrives. This not only speeds up the composting process but adds the benefits of worm castings to the final product.

Castings can also prevent certain plant diseases, such as root and crown rots, as well as wilt disease. But that’s not all! These castings also help with insect pests such as aphids, mites, and mealy bugs!

They can also help plants become more resistant to heat, drought, and other stresses. And since earthworm castings are slow-release, it is extremely difficult to overdo it, making them an ideal solution for new gardeners!

Worm castings also improve soil structure by simultaneously boosting aeration, enhancing drainage, and promoting water retention! You can do your part for a sustainable closed-loop system by purchasing from worm farms or keeping your own worm compost bin.

There are several important nutrients in earthworm castings, and scientific research has shown that these castings are particularly high in nitrogen, phosphorus, and potassium (NPK), iron, calcium, sulfur, and humic acid.

However, it can be tricky to determine the exact nutrient content in homemade worm castings as it can vary from one brand to another. This is why we recommend using it as a supplement to your soil amendment.

How to Make Your Own Worm Castings at Home?

Most fun is to make your own castings at home. Composting your own kitchen scraps, thus keeping them out of the landfill or sewage system (for those of us with disposals) is a small reward in a project that gives you a great soil amendment as well as a fascinating science lesson not necessarily just for kids.

We’re told that vermicomposting is catching on with big-city Millennials living in apartments for whom keeping worm bins under the kitchen sink is a badge of pride.

Every couple of months, they have castings to add to their houseplant containers. I know of one family with a worm bin that has caused problems between their kids over who gets to feed the worms on any given night.

There are lots of plans for simple worm bins out there. Or you can buy commercial bins designed for home use that often contain a spigot for collecting “worm tea.”

It’s rather simple from there. Worms will need a bedding — `shredded newspaper is a standby, — that helps to balance moisture in the bin. Coconut fiber, or coir, as well as other organic materials — including straw and wood chips — can be used. Then just make sure you add enough good kitchen scraps to keep several hundred or more worms well-fed.

When to Add Worm Castings to Garden Soil

Worm castings can be used in the garden in a variety of ways! Here are the top ways to incorporate it into your garden soil:

You can use worm castings as they are, but you could also turn them into compost tea.

Compost tea is exactly what its name implies: a liquid solution or “tea” made by steeping compost in water. It’s an excellent method to make a tiny amount of compost go a long way.

Once the nutrients in the compost have leached into the water, you can use them to feed various plants or garden beds.

What to Feed Worms?

Along with fruit and vegetable peelings, worms will feast on grains, breads, and cereals; coffee grounds complete with unbleached coffee filters, and tea bags. Don’t give them meat products or dairy or cooking oils. For that, you need a Bokashi composting system. And never add pet waste to your worm bin.

You’ll need at least a thousand worms in your bin (depending on its size; check manufacturer’s recommendation). Most sources suggest a pound of worms to a pound of organic material. Make sure your worms don’t run out of fresh organic material to consume.

Depending on the size of your bin, you should be able to harvest castings every couple of months. You might be disappointed in the amount produced. On the other hand you’re not going to fertilize your lawn with it (oh that you could!). But small amounts added to containers or used as a side dressing for established plants will have visible effects. For that, you can thank a worm.

Here’s our detailed guide to worms and vermicomposting. And here’s a long primer (PDF) from Oregon State University Extension on vermicomposting. Do any worm ranching? Let us know what you’ve found works best. 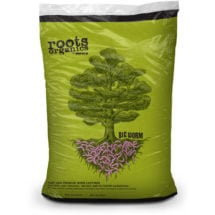 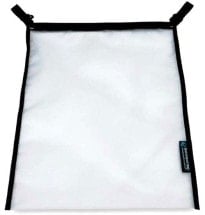 Use with your favorite soil ingredients to make liquid nutrient solutions. 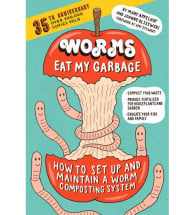 This easy to read guide has everything you need to know about vermicomposting.