Local and organically grown foods, in demand now more than ever, get a nod from legislators. 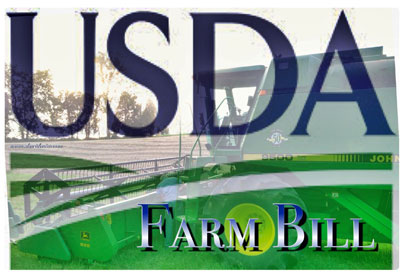 There’s plenty in the recently passed Farm Bill that requires us to plug our noses. That’s true for nearly everyone, no matter which side of the ideological divide you’re on. Some say the Farm Bill is a hand out to corporate agriculture. Some say its a hand-out to poor families in the form of food stamps, called the Supplemental Nutrition Assistance Program known as SNAP. No one is happy.

The often cranky British magazine The Economist points out why folks on both sides aren’t happy. It claims that 80% of the Farm Bill spending has nothing to do with farming. At the same time, it points out that 75% of the farm subsidies the bill provides are taken by the top 10% of farm business. The mean annual crop insurance subsidies received by the top 1% of policyholders is over a quarter million dollars. The mean annual subsidy received by the bottom 80% of policyholder is $5,000. This tilting high — think big, corporate agriculture — is why average farm household income exceeds average household income by 25%. Are farmers richer than the rest of us? Only at the high end. Scroll down to read The Economist‘s informative graphic.

As the National Sustainable Agriculture Coalition reports, this Farm Bill closely resembles the 2011 edition of the bill whose passage Congress couldn’t muster. According to the Coalition:

“That 2011 draft bill produced just as the Super Committee process was falling apart would have cut spending on commodities (traditional and insurance subsidies combined) over the next 10 years by $15 billion, on conservation programs by $6 billion, and on SNAP (food stamps) and nutrition programs by $4 billion, while spending an additional $2 billion on a variety of other smaller farm bill programs.”

The final cuts (including the sequester) for the new bill are $12.7 billion for commodities, $6.1 billion for conservation, and $8 billion for SNAP and nutrition, with an increase to $3.7 billion in new spending for everything else.

We’ll let you decide why this bill couldn’t have been passed in 2011. But most were glad that — finally — something had been done. Mississippi soybean farmer Danny Murphy, his crop insurance endangered, was quoted by The New York Times, to say, “It’s a relief.” The Farm Bill that passed grows crop insurance by $7 billion over a decade, contains the usual subsidies for cat fish raisers, and creates new subsidies for rice and peanut growers. The Economist reported Vincent Smith of Montana State University calculations that discovered between 2005 and 2009 for every dollar in crop insurance that went to farmers, $1.44 went to insurance companies.

But there is some good news. As reported by various news sources, the organic produce industry and specialty farmers will benefit. This reflects acknowledgement by legislators that the production of and the demand for organic foodstuffs continues to boom. Secretary of Agriculture Tom Vilsack in recognizing the bill’s nod to organics, noted that organic agriculture brought in $35 billion last year while the organic sector added 763 new certified producers, an increase of 4.2 % over 2012.

The news is also good for small, independent growers, whether certified organic or not. The Farm Bill cut commodities subsidies overall by more than 30 percent to $23 billion over 10 years. But funding for fruits and vegetables and organic programs increased by more than 50 percent over the same period, to about $3 billion, reports The New York Times.

Included in the bill are funds for encouraging shoppers to buy locally grown produce, to promote farmers markets, and initiatives to aid organic research and data collection. Certain states, with well established organic and local food production sectors, including Oregon, will certainly benefit.

Your optimistic, yet realistic, Planet Natural Blogger sees this as a good thing. Yes, we’re glad that the elimination of some direct farm payments will no longer pay farmers for crops they don’t plant. And we’re glad that the federal dairy program is moving away from artificially supporting dairy, even if it means we might pay more at the supermarket. And, of course, because of our belief that America’s soil is one of its greatest resources, we don’t like the cuts to conservation programs. But we’re especially heartened by the nod to local and organic producers. Sure we know that big organic farmers have their problems too. But it’s good to know that consumers are becoming more and more aware of the value of organically raised foods, to both their families and the environment. That’s a trend we hope continues to grow.

Of course, as organic gardeners, we know the best way to guarantee the quality and safety of the fruits and vegetables our families consume, is to grow it ourselves. With the onslaught of genetically modified crops, new and more dangerous pesticides, continued degradation of our soils, and possible contamination of even the most carefully raised produce during processing, we can’t help but be glad we’ve taken matters into our own dirty hands. But putting small local and organic farmers on the same footing as big agriculture is a worthy goal. We’re glad for any small step in the right direction.