Home brewers are growing their own. 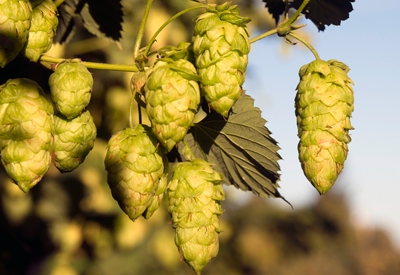 “There is no such thing as a bad beer. It’s that some taste better than others.” — Billy Carter

Making beer at home is equal parts chemistry, hard work, and American tradition. We’ve been fascinated by the stories of homebrewers who grow their own hops and, if they have room, their own barley for malting.

Home made beer always carries a certain “terroir,” that oft-used term to describe wine and other foods’ local flavors, coming from soil and climate conditions, even the space in which it was brewed. We’ve met homebrewers who used fruits and berries, herbs, and chiles from their own organic gardens to flavor their beers in ways that made them especially unique.

But there’s more to organic homebrew-growing than just getting a hedge of hop vines trailing up a south facing wall. Amelia Salyton Loftus has a new book out that goes into detail about organic brewing. It’s a great how-to, not just for the craft and technique that brewing requires but on its details as well. She goes into depth about composting spent grains, where to find dependable organic ingredients that you’re not growing, and even how-to choose equipment based on health, safety, and environmental considerations (our retail store in Bozeman carries a full-range of beer-making supplies). Sustainable Homebrewing: An All-Organic Approach to Crafting Great Beer is the most thorough account we’ve seen of good environmental practice in the home brew world.

A low-odor formula for use indoors and out! Alaska Fish Fertilizer has been around for years and is one of the best all-purpose nutrients for plants. Rich in organic matter, it breaks down slowly to feed plants — and soil microbes — over time.

Sustainability isn’t just a catchphrase here. Loftus accounts for everything, including composting spent grains and other ingredients through vermiculture and then growing oyster mushrooms in a medium that includes high-nitrogen brewing grains mixed with straw, newspaper, and sawdust. Every homebrewer who’s ever tries to compost spent grains know what a stink they can make in your compost heap. Loftus gives suggestions about how to cut the odor as much as possible with the caveat, “even with draining, the grain will smell nasty…”

In the beginning of the chapter “The Homebrewer’s Garden,” Loftus declares that “beer is an agricultural product.” She doesn’t talk down to gardeners. While the material is basic, she assumes the reader “assumes a basic familiarity with food gardening.” Yet she goes into detail when discussing the growing of hops and barley, the two essential beer crops that most backyard gardeners have probably never grown.

We’ve never started a hops patch, but we did inherit hops vines when buying a homestead. We weren’t well-versed in growing hops. I failed to cut the tall, droopy dead shoots back in the fall and things became a tangle. During the next year (and the next) the rhizomes put out lanky, thin growth. We did grow a small patch of barely once, though it was many years ago. Watching it develop under (luckily that year) favorable conditions, the achievement of it all, makes for one of our favorite gardening stories. We mostly cooked our barley like rice, or for cooking in casseroles and the like. The goats quickly cleaned up the grain and straw spilled in the threshing process.

Thanks to Loftus, I’ll be thinking about finding some rhizomes — hops are much like ginger, asparagus, and sunchokes — and maybe starting some hops next spring. They’re an attractive enough perennial vine and will grow over walls, fences, and what-have-you once established. They put out a strange perfume that we’ve always felt was attractive and their flowers, though not the most attractive in the garden, add some color in the late summer. And we like their fruits, the little pine cone-like heads that brewers want to collect.

Be sure if you’re planning to consume your hops that you get the Humulus, Lupinus variety. If you’re only growing them for looks, there are several decorative varieties available. Hops, famously grown between 35 and 55 degrees latitude, are difficult to grow in areas of elevation — they need at least 120 frost free days and plenty of sunlight. It takes a year or three after rhizomes are planted to see full growth. They’ll grow tall, often over 12 feet, and are usually trellised to make for easier picking and collection. They’re tough to wade through if allowed to trail without support.

Hops are in the same family as stinging nettle. They have medicinal uses and make a very pungent tea. We can’t vouch that a pillow full of hops will reduce toothache as some herbalists claim, but we do know that they’re a key ingredient in one of our all-time favorite beverages. Loftus touches all facets of hop growing, including pests and diseases — downy mildew is a frequent, early-season problem — and how to deal with them organically. She gives tips on knowing when to harvest — it’s the smell! — and suggest a handful of ways to dry the flowers (keep them out of sunlight) as well as what to do with wet hops which can make your beer taste like broccoli. You don’t want that.

That’s the great thing about beer-making. It’s easy enough but success is not guaranteed. In my brief brewing experience I’ve ruined a batch as well as finished some with questionable results. I’ve had some buddies whose home brew making went astray. But I’ve also sampled some exquisite and occasionally exotic beers brewed, as they say, privately. Growing your own hops or barley, and malting your own grain is both craft and art, not to mention science. Sustainable Homebrewing gives you the right ways to do it. 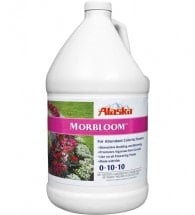 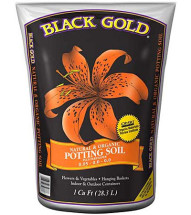 Made for all plants including houseplants, patio pots and hanging baskets.