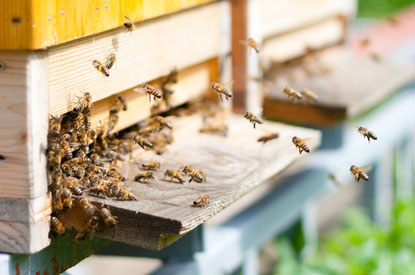 The Environmental Protection Agency has gone on record implicating imidacloprid, one of a class of pesticides known as neonicotinoids, as harmful to bees. The EPA’s assessment found that bees receive the pesticide in sufficient amounts to harm them when pollinating cotton and citrus crops.

The EPA statement “Preliminary Pollinator Assessment to Support the Registration Review of Imidacloprid” can be viewed here. The methods of the assessment are discussed here.

Bayer, the corporation that manufacturers the pesticide, attacked the assessment when it was released, but changed it tactics after only a week, saying it would work with the EPA. The company, pointing out that the report said harm came to bees not bee colonies, continues to assert that the pesticide is not behind colony collapse disorder.

Bayer spent $12 million in 2014, a pittance against profits of more than $3.6 billion but a large sum none the less, to fend off suggestions the chemicals are bee-killers, reports Emery P. Dalesio of The Associated Press. Their focus has been to shift attention to the varroa mite as the cause of bee die offs.

Some reports claimed that bees took on less than harmful levels of the pesticide when pollinating tobacco, corn and other crops. An EPA official was quoted as saying additional data needs to be gathered to assess the impact on soybeans, grapes and other crops on which imidacloprid is used.

There is no overstating the importance of honey bees and other pollinators to the production of food, both large and small scale, let alone to the environment at large.

The EPA said it will seek public comment before it considers whether to take action to impose specific bans on imidacloprid use. Here’s the EPA comments web site (link no longer available). They need to hear from citizens as well as experts, especially as we consider that some of those experts are in the pocket of the pesticide industry. We suggest the EPA consider imidacloprid’s effects on humans as well as bees as they make their consideration. (Comments will be accepted through March 14, 2016.)