Heirloom apple varieties yield treasures from the past. 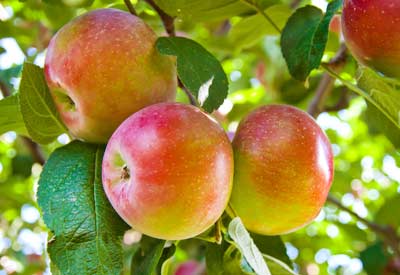 With an apple I will astonish Paris. — Paul Cezanne

This time of the year, when cider presses across the country are squeezing day and night, is a good time to consider the bounty of apples we enjoy. We’re not talking about the stacks of Gala and Fuji and Granny Smith that decorate the produce sections of our local supermarkets. We’re talking about the heirloom apple varieties we find in farmers markets and produce stands, and in our backyard gardens or those of our neighbors, apples with names like Grand Alexander, Cornish Gilliflower, and Macoun (pronounced “McCowan”), antique apples that taste nothing like the commercial fruits flooding grocery stores. These apples, with various origins and histories, are a link to our past as well as a direct connection to a heritage that may have been lost if not for some persistent and skilled fruit growers.

Tom Burford is a seventh generation orchardist from Virginia. His family has been growing apples in the Blue Ridge Mountains since 1715. His 2013 book Apples of North America stirred up a lot of interest in America’s more obscure apples as well as introducing a lexicon of taste — sweetness, tartness, crispness, juice — that suggests the “tasting notes” that come with discussions of wine. This lexicon also has its negative terms — mealy, dry, flavorless ness — that are a lot easier to apply to the apples we buy in the grocery stores, especially after we’ve sampled heirloom apples that have amazing texture and a mix of sweet and tart. You can smell the difference.

Non-toxic solutions for orchards have been difficult to locate — until now! Bonide® Orchard Spray is a safe, one-hit concentrate for common insect attacks and fungal problems. One pint makes up to 6.4 gallons of finished spray.

In a Washington Post story from last year, Burford introduces the writer to the Hawkeye, the apple that spawned some three-hundred types of what’s now known as Red Delicious including the Red Delicious today’s parents buy in quantity and stick in their kids’ lunch boxes. But the Hawkeye was something different. Here’s the writer’s description:

It is about a third the size of a Red Delicious, round, not elongated, and a creamy yellow with light red streaks. In flavor, it is all the Red Delicious aspires but fails to be, sugary and aromatic. Hawkeye is not a great apple — it lacks an enriching acidity — but it is scrumptious.

Any school kid who’s eaten a mealy, dry, and flat tasting Red Delicious from the market, one that might have been held in cold storage for nearly a year, can tell you why apples are such a popular gift for their teachers. The kids don’t want to eat them themselves.

Now comes word of an even more complete study of America’s apples. Dan Bussey, a restaurant supply salesman, has been collecting information about apples ever since he planted his first orchard in 1983. The results of his deep, even obsessive scholarship are contained in his 3,000 page, seven volume “The Illustrated History of Apples in North America” scheduled to be released in January. Tom Burford, known as “the prince of antiquarian apple enthusiasts” has called the collection “monumental.” The New York Times has the story here.

Bussey’s tome borrows from such classics as the 1905 edition of Spencer Ambrose Beech’s classic The Apples of New York and goes from there. The list of the 17,000 known apple varieties he’s compiled includes descriptions, breeding history, range and, when possible, tasting notes.

We doubt that many home fruit growers will want to purchase the Illustrated History‘s 17 volumes. But its publication does point out the blossoming interest in apple varieties. Not many of those fruits are perfect, like the Hawkeye above with its lack of balancing acidity. And some are just plain ugly. But all have their uses, whether for baking, making sauce and jams, pressing cider, or fresh eating. And many of them take well to the regions and climates where they first were grown, making them ideal for that particular locale. Ugly ducklings, indeed.

But they’re also important for the diversity they bring to the crop. As diseases and resistance ebb and wane, we risk losing certain varieties if we’ve stuck all our apples in one basket. The more types of apples grown, the less chance pests and disease have of wiping all of them out. If we’re growing Fujis and Galas only, well, no guarantees. Think it can’t happen? Don’t forget the Irish potato famine.

Mainly we like heirlooms for their uses, like the Bramley from England, a rather sour apple that makes an unforgettable pie, or the Cox’s Orange Pippin, a rather gnarly looking fruit that wins converts from the first sweet and crisp bite.

We also love heirloom apples for the way it ties us to our history, both regionally and nationally. The first American apple orchard was planted in 1623 on Beacon Hill in Boston, according to The Boston Tree Party, an urban agricultural project dedicated to planting fruit trees in the historic city (no doubt, there are other claims on the first American orchard as well). Sure, I think Washington and Lincoln are among the greatest Americans. But I’d also put Johnny Appleseed on that list, too.

Fall might not be the best season for planting fruit trees. But it’s a good time to plan what to plant and prepare the soil in your orchard. With some research and spade work now, you might be eating Hawkeyes or Cox’s Orange Pippin in three or four years from your own orchard. If you really have a good crop, you might send one to school for the teacher. 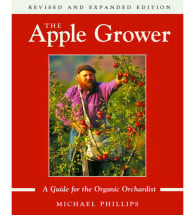 The author's personal voice and advice have made this best selling guide a classic! 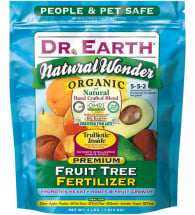 Use to promote hearty root development and robust fruit growth. NO synthetics!

One Response to “Your Grandfather’s Apples”