Holly for the Holidays

Find the right kind of holly for your landscape and grow it! 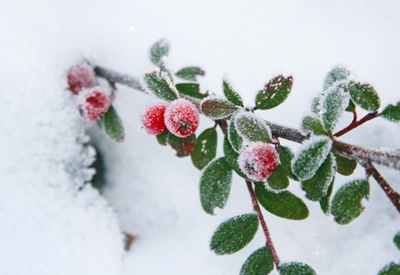 We love the ever-green, natural plants associated with the holidays: the firs and pine trees celebrated in song, the poinsettia, mistletoe (actually a parasite that attaches itself to trees from which it draws water and nutrition). But our favorite, despite the fact that no presents go under it, is holly.

We had a large holly bush growing against the south side of one of our outbuildings when we lived on a small hippie homestead in the Pacific Northwest. Partially shaded a couple hours each day by two very large Douglas firs that were several yards away, the bush grew up to the roof and supplied a bounty of sprigs and red berries each year without any care from us.

We’d clip a couple of boxes of sprigs each year around Thanksgiving and let them dry in our attic for a couple weeks before using them as decoration in our home, always laid the length of the mantelpiece and anchored on either end by two candles in their holders. We sent holly off to our families out on the high plains where holly didn’t grow. The sprigs served as sort of a packing material for the presents we sent. My sister said its prickly leaves helped keep young hands from getting in the box and sneaking a peak at what was beneath the wrapping. Out of the box, they used it for their own natural decorations on their mantelpieces and in holiday centerpieces.

Holly has long been associated with spiritual holidays and ceremonies. The Druids of Northern Europe used it to weave crowns that they wore during celebrations. The Roman god Saturn was often pictured wearing holly on his head. Christians embraced holly for its crown-of-thorns symbolism and its bright red berries that suggested the blood shed on the cross.

There are some 400 different holly species that cover a wide range of shapes and sizes. The traditional Christmas holly is the American holly (Ilex opaca). Some hollies, including winterberry, are deciduous and shed their leaves in the fall. Some, including the Japanese and Chinese hollies, are shrubs. Most hollies require fertilization — male and female plants — to produce berries. But a very few hollies are parthenocarpic whose female plants don’t need a male plant to produce fruit.

American holly is a beautiful plant with deep green, shiny leaves with their sharp pointed edges contrasting with bright red berries. It can’t be grown everywhere but, with a little preparation and care, can be nurtured outside of its usual range in the east, south and northwest. Like any plant, holly will reward you abundantly if you give it the right conditions. Those conditions include full-sun or only partial shade. Good drainage is important, but so is plenty of moisture and even, moderately high humidity. Holly prefers slightly acidic soil pH. It has little tolerance for alkaline soil.

Minimum fertilization is required. Compost makes a good side-dressing for your holly bush. Too much nitrogen in the soil will keep your holly from fruiting. That’s probably why the holly I planted on the south side of our old chicken coop never produced a single berry (though the lack of male fertilization might have been a problem, too — live and learn).

Like we said, American holly won’t grow just anywhere. Here in the mountain west, the air is too dry, the soil too alkaline, the winter temperatures too cold to grow the kind of holly we associate with the holidays. But that doesn’t mean you should forget about planting holly. Certain cultivars will grow in zones down to five (but probably not four) and while they might not be what we think of when we think Christmas holly, they can serve many useful duties in your landscape as borders and hedgerows, as corner anchors, and ground cover.

Oregon grape, common in many mountain areas, is technically a holly and brings its own form of beauty to the garden. I. meserveae, complete with red berries, is a holly cultivar that can do well in areas not generally considered holly growing areas. Visit this Colorado State University extension site to discover tips on which hollies to try in the west and how to grow them. Of course there are wild hollies that just might serve your holiday purposes, not all of them welcome.

Final note: those holly berries — and not just the red ones — are great for attracting birds to your yard and helping them survive the winter (scroll down past blackberries, dogwood fruit, and elderberries). After all, humans shouldn’t be the only ones enjoying holly on the holidays. 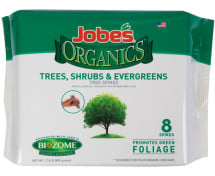 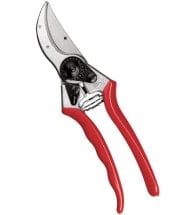 This is the classic model that started it all. The F2 is best suited for general use. 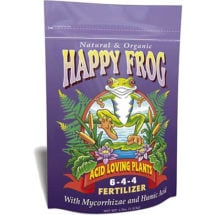 Formulated for use on azaleas, rhododendrons, hydrangeas and more!