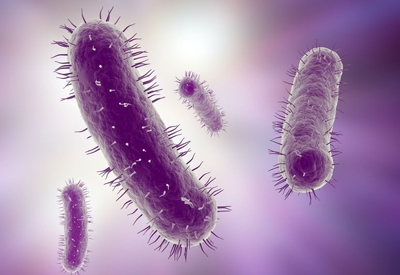 It seems that cataclysmic predicaments of the sort that threaten widespread hardship and demise are multiplying. Yesterday’s release of the National Climate Assessment that claimed America is already suffering the effects of climate change — everything from drought, wildfires, and increased storm intensity to the spread of asthma and bark beetles — can be added to a list that includes (but not limited to) contamination of drinking water, increasing toxins and contamination of our food supply, the effects of overpopulation, environmental pollution of all sorts, and the spread of exotic diseases.

One has to wonder what kind of world we’ll be leaving our children. The old cartoon that pictured a bearded gentleman in a robe and sandals holding a sign that states, “The End Is Near,” doesn’t seem so funny anymore.

Add to that dire list the growing resistance that various disease bacteria have developed to antibiotics, and you might be ready to throw in the proverbial towel. As National Geographic reports, widely used treatments for everyday intestinal and urinary tract infections, for pneumonia, for infections in newborns, and for diseases like gonorrhea are no longer working now that the little organisms that cause them have developed resistance to common antibiotics.

An extensive Centers For Disease Control report from last year says that up to two million people in the United States are infected with antibiotic-resistant bacteria each year, resulting in 23,000 deaths. That’s 23,000 deaths that not so long ago could have been prevented.

How did these so-called “superbugs” develop? Some of it has to do with misuse of antibiotics. Doctors, pressured by patients who want something to take when they’re not feeling well, commonly prescribe antibiotics for the viruses that cause illnesses such as the common cold when antibiotics won’t work to destroy them. Antibiotics work only on bacterial infections.

Even those patients who are taking antibiotics for bacterial infections often quit taking them as soon as they start feeling better rather than take the full course as prescribed by their doctors. This leaves the bacteria a second chance to evolve and adapt to the medication, coming out of the treatment strengthened and ready to pass on genetic resistance to its next generation.

But that’s not even half the story. When you read through the National Geographic report, you learn that 80% of the antibiotics manufactured are fed to livestock. These antibiotics are given to animals that aren’t even sick. They’re given to cattle, hogs and chickens to promote faster growth. Faster growth equals increased profit.

A little-reported scandal broke out earlier this year when it was revealed that the FDA, according to the Natural Resources Defense Council, “quietly allowed 30 potentially harmful antibiotics, including 18 rated as “high risk,” to remain on the market as additives in farm animal feed and water – despite an internal review that raised significant red flags.” The full report on the FDA’s own review of 30 penicillin and tetracycline antibiotic feed additives approved for “non-therapeutic use” — in other words, growth stimulants — can be found here. The NRDC found that at least 26 of the reviewed feed additives do not satisfy even the safety standards set by FDA in 1973.

How has the FDA reacted? By implementing a “voluntary” program to phase out the use of some of the antibiotics in livestock feed. This despite the fact that those 18 “high-risk” antibiotics have been shown to contaminate human food supplies. Another study shows that antibiotic resistant bacteria are able to transfer that resistance to other bacteria. For a full understanding of the problem, I urge you to follow the links to both the NRDC and the CDC’s reports on the dangers of antibiotic bacteria.

Some states have considered laws requiring the phase-out of the practice of feeding medically important antibiotics to livestock but resistance from the agricultural industry is strong.

Like many of the dire predicaments we mention at the top of this story, this one continues to be a problem because it puts profits in the pockets of a few while endangering us all. Do livestock producers really need to abuse antibiotics in this way to stay in business? As with so many of these issues involving food and water contamination, pesticide poisoning, and pollution of our air, is it really worth risking our children’s health to assure someone’s profit margin? Let us know, let them know, how you feel.