Are earthworms contributing to climate change? 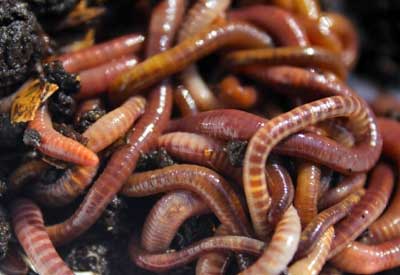 The more we learn about worms, the more we marvel at the necessary role they play in our gardens, our environment, and the planet at large. We all know that earthworms digest organic material in soil making it more readily available to crops. We know how they add nitrogen and valuable minerals to the soil, how they make soil more porous and allow for more valuable oxygen and other gases to be available for plants, how they help soil retain moisture, how their digestive tracts serve as incubators for beneficial microbes, and on and on. Now, a new study suggests that — when it comes to global warming — worms are more culprit than solution.

The study comes from Wageningen University in the Netherlands, the only university in that country (so they claim) that focuses on “healthy food and living environment.” A PhD candidate there looked at several earthworm studies and decided that worms “have an unwanted effect on GHG (greenhouse gases) emissions.” The frightening conclusion as stated by the author of the study? “Earthworms may help us to produce more food through improving soil fertility, but by doing so they also contribute to global warming by increasing GHG emissions from soils.”

Scientists call it vermiculture. You’ll call it magic after you see what worm composting can do for your gardens. Need help? Visit our Vermicomposting Blog for an excellent collection of tips and articles to get you started.

Those having an ah-ha!-I knew-it-was-the-worms-all-along moment need to read the entire report. It seems that while worms have always been known as producers of N2O (nitrous oxide, one of a number of greenhouse gases) their role regarding CO2 (carbon dioxide, the greenhouse gas most connected with global climate change) is not so clear cut. Some of the studies considered suggested that worms did generate amounts of CO2. Other studies suggested that worms, by their actions, served to sequester CO2 in the soil, keeping it out of the atmosphere. So which is it?

First of all there are a number of things that need to be considered, not the least of which is the role of plants in converting CO2 to oxygen during photosynthesis. The more plants on the planet, the more CO2 that’s converted to O2, good ol’, life-supporting, fill-my-lungs oxygen. The article admits that worms’ positive effect on plant growth could cancel out the effects of any CO2 they produce: “it is not yet clear to what extent stimulating effects of earthworms on plant growth can negate earthworm-induced increases in GHG emissions.” Our unscientific guess is: quite a bit. Consider that earthworms have been around as long as we have (okay, longer) and that, even as we’ve paved over paradise, the ratio of worms to green matter would remain constant, depending on the toll taken on worms by pesticides (herbicides also have negative, but not immediate, effects on worms).

Another important consideration suggested by the article is the role soil plays in controlling greenhouse gases. The more biomass added to soil, the more carbon sequestered. This paper from Ohio State University Extension (link no longer available) suggests that sustainable farming and gardening practices, including no-till methods, the planting of cover crops, and the addition of manure to soils is a way of offsetting carbon emissions from the burning of fossil fuels. Worms are a huge part of this process, digesting the organic materials in the soil and leaving behind things that plants need for their best growth. In other words, what would plant life be like without earthworms to provide it with what it needs to grow?

The main conclusion to be drawn from the Wageningen study is that more study, especially regarding worms contribution to producing and sequestering CO2, is needed. Our guess is that they do more good than harm — much more — as they facilitate plant growth and sequester carbon from biomass in the soil. Our gardens and compost heaps offer proof of this every day.