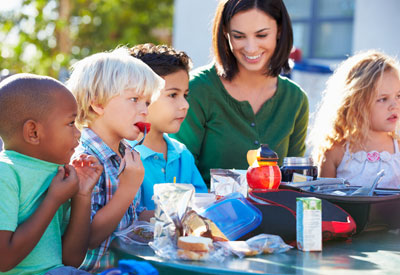 The evidence of the harm caused by widespread pesticide use continues to build. Time magazine is reporting on new research that shows some of the most heavily used pesticides hurt children in a not-so-unexpected way. The compounds actually inhibit breathing ability.

The result was part of an ongoing study that focuses on pregnant women and the children they bore in the heavily agricultural Salinas Valley of California. At age seven, subjects with levels of pesticide were found to have significantly decreased breathing function. The decrease was comparable to that experienced by children with ongoing exposure to secondhand cigarette smoke.

Organophosphates, including Diazinon and Malathion which have been banned for home use, were long ago shown to inhibit cholinesterase, an enzyme the body needs for effective nervous system function. But they and a number of other organophosphates are still used by the agricultural industry and small traces have been detected on some produce sold to consumers.

One of the authors of the study, Brenda Eskenazi, a professor at the University of California, Berkeley, noted that the Salinas Valley kids had higher exposure to the pesticides than those in the general population but that the findings also have “implications for residue in food.”

There are dozens of these types of pesticides sold around the world. Some organophosphates are used in urban insect control, exposing city kids to the chemicals as well.

The case against organophosphates — blamed for multiple poisonings of farm workers — has been building for years.

This research showing harm against our children and the very thing that gives them life — breath — makes clear what needs to be done.

One Response to “Pesticides Found Harmful To Children’s Lungs”