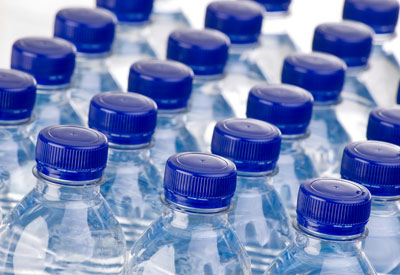 Those cute little stickers on that new water bottle I’m carrying around that announce that the plastic is “BPA Free”? They were reassuring after a lifetime of carrying water in containers made of who-knows-what. Now, even BPA-free bottles are suspect. Who could have predicted?

And while the news requires quick, specific action to switch to an alternative, safe bottle, it also signals an overarching issue concerning human health. Replacing a dangerous chemical with other manufactured chemicals never solves the problem. And sometimes it makes it worse.

The Washington Post reports on a University of Calgary study that says “bisphenol-S, an ingredient in many products bearing “BPA-free” labels, causes abnormal growth surges of neurons in an animal embryo.” These growth surges mainly affect the brain and seem to be connected to hyperactivity. It claims that BPS is more dangerous than BPA.

Bisphenol A is a major component in plastic polycarbonate juice and water bottles. At times, it’s even been used in children’s plastic toys. In the mid 1990s, studies started coming out linking BPA to birth abnormalities as well as cancers, heart disease, fertility problems, and asthma. BPA, along with PCBs and pesticides, are currently suspected of contributing to the rising rates of autism. 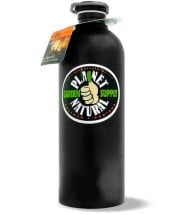 The #1 solution to the problem of unnecessary waste caused by plastic bottles. BPA free.

NO leaching, NO toxins, NO nothing but high quality! This SIGG® Water Bottle is made from high quality aluminum to handle any beverage and any adventure. Best of all, it has our Planet Natural logo printed on the front.

The FDA, based on recent “safety assessments,” (PDF) maintains that BPA is “safe at the current levels occurring in foods,” a statement that seems to unintendedly hint at the ease at which BPA leaches into water. Food cans continue to be lined with a resin made with BPA. You can be exposed to BPA in the most unexpected ways.

Drinking juice or water from bottles or cans lined with a BPA plastic has been associated with blood pressure spikes, not a good thing for anyone with or facing the possibility of hypertension.

The list of dangers associated with BPS, the BPA substitute, continues to grow. A 2013 study from the University of Texas Medical branch at Galveston found, according to the study’s “Summary” that “like BPA, BPS disrupts cellular responses to the hormone estrogen, changing patterns of cell growth and death and hormone release. Also like BPA, it does so at extremely low levels of exposure.””

Here’s the kicker, as written up in the Post. The scientists from the Calgary study suggest “that all structurally similar compounds now in use or considered for use by plastic manufacturers are unsafe.”

This lesson seems one we’ve been taught again and again. But somehow the use of harmful chemicals in plastics, in pesticides, in things whose safety we take for granted, continues. Organic gardeners, and those of us concerned about the harm manufactured herbicides, fertilizers are inflicting on our soils, our crops, and water supply find it hard to understand why risking the public health (see FDA above) is always secondary to the chemical industry’s profit interests.

Be it genetically modified seeds corrupting the organic seed stock or the slow poisoning of our pets and children, the institutions charged with protecting us instead protects those who deny they’re harming us. Said the author of the Calgary study, “A lot of the alternative chemicals have not been adequately tested because they don’t have to be. A compound is considered safe (by the Food and Drug Administration) until proven otherwise.”

I’ll take any suggestions on how to change the status quo. But right now, I’m going out and buying a stainless steel water bottle.