Gardening and the Five-Gallon Bucket

Chores, container gardens, hydroponics and other uses for 5 gallon buckets. 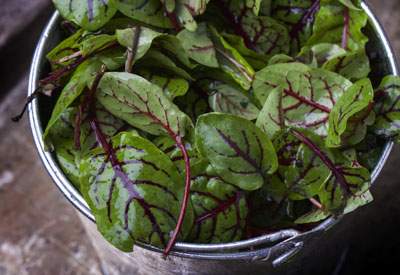 After our post on garden tools, a friend mentioned that we’d left out an important one: the five-gallon bucket. “Gardeners are doing things with buckets that we can’t imagine,” he enthused. “It’s truly the tool of a thousand uses. And there are uses still out there that no one has yet dreamed.”

He might be exaggerating. But buckets of all sorts are utility tools, good for carrying, mixing, and picking up. And if they’re used, food-grade 5 gallon buckets (no one needs to tell you to stay away from those that held paint or other toxic materials), then you’re making a contribution to sustainability by keeping those buckets out of the landfill.

Sure you can buy brand new buckets at hardware and building supply stores. But they are available for scavenging from some restaurants, bakeries, and grocery stores. These often come with fitted lids. It never hurts to ask. 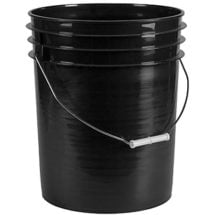 Good for a variety of uses including building your own hydro-system.

Ideal for all kinds of applications! This sturdy 5 Gallon Plastic Bucket is tough as nails and will hold its shape, regardless of use. May be stacked on top of one another to save space during storage… and they separate easily!

Occasionally, you’ll be asked to pay a dollar or three for clean, sturdy used buckets with lids. It’s worth it.

They may smell like the pickles they once held — frosting is another bulk product that often comes in five-gallon buckets — but the smell will go away after you haul a few loads of manure or whatever.

For garden use and camping we’ve used buckets that once held laundry soap. Getting all the suds out of them was a bit of a problem, but once that was accomplished they were great for all kinds of things.

We first started using five-gallon buckets car camping, carrying fire wood, bringing water up from the creek (to put out the fire), and our favorite use: as a seat. A second bucket held our 10-inch Dutch oven and cook gear (that was a tough bucket to carry far). We had a tin bucket to contain wood and charcoal coals but you couldn’t sit on it. A five gallon bucket with lid is a great way to store charcoal and keep it dry.

Now we often use a sturdy five-gallon bucket as a seat as we work our way down berry canes picking raspberries. We carry one along as we weed, tossing the freshly pulled culprits into the bucket for safe and easy disposal.

We’ll mix compost and other amendments together in a 5 gallon bucket and dig them out as needed. If we have extra home-made potting soil, we store it in five-gallon buckets with lids.

We’ve once mixed a few tablespoons of liquid fish fertilizer into a five-gallon bucket half-filled with water, thinking it would help us get the proportion right. We’ll admit right here there was some sloppy pouring when transferring to the watering can.

Maybe the most popular use for the five-gallon bucket is as a grow container, an application especially popular back in the city. Drill some holes for drainage or fill with an inch or two of pea-sized gravel for annual flower plantings and you’re in business.

Nasturtiums and other trailing, flowering annuals are especially nice in buckets. As they grow up over the bucket’s side and down to the ground they make you forget that you don’t have them in some expensive designer pot.

The bucket, with its handle, is ideal for those who might want to get a jump start on setting out peppers and tomatoes. You can put them out in the sunshine during the day and bring them in when cold weather and frost are in the forecast. You won’t need to transplant once the danger of frost is over.

A five-gallon bucket is deep enough for setting tomatoes well below their root line with room to grow. The bucket also helps gather and hold heat. Leave three inches or so of bucket above the soil line and the sides will cut the wind and contain heat.

Some of the container applications are pretty clever. Here’s an example of a self-watering container garden made from five gallon buckets courtesy The University of Maryland Extension. Some of the applications are wonderfully ambitious. Here’s a project to reduce global malnutrition based on — you guessed it — growing in five gallon buckets which apparently are as ubiquitous in the third world as they are here.

Good for a variety of uses including building your own hydro-system. 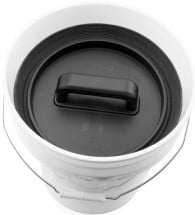 Food storage preservation just moved to the next level with the AirScape Bucket Lid. 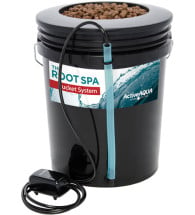 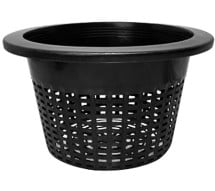