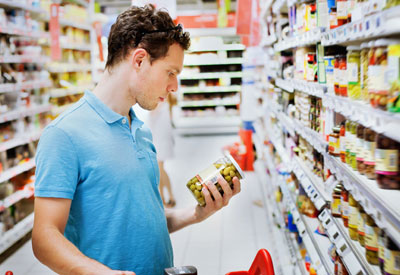 Whether or not the certified products will carry a “non-GMO” label is unclear at this point.

The announcement came in a May 1 letter to USDA employees and was made public two weeks later.

The new certification will come from the USDA’s existing Process Verified Program, a program that approves claims made by food manufacturers regarding “age, source, feeding practices, or other raising and processing claims,” according to the USDA. The PVP is part of the USDA’s Agricultural Marketing Service, which, according to its website, “facilitates the efficient, fair marketing of U.S. agricultural products.”

The Process Verified Program will not create its own standards for non-GMO compliance. Instead, it will verify a company’s claims regarding GMO-free products.

The announcement came after the USDA received a request from an unidentified “leading global company,” according to Vilsack, that the USDA help verify the non-GMO claims made for their products.

Since then, the Non GMO Project, an independent group that offers its own third-party, no-GMO verification, reported that the company making the request was SunOpta, a natural and organic food sourcing and packaging company with U.S. headquarters in Edina, Minnesota. The verification is now confirmed at the company’s website.

The news of the no-GMO verification program has been greeted cautiously by those supporting mandatory labeling of GMO-containing food products. Gary Hirshberg, chairman of the Just Label It campaign, told U.S. News and World Report that the labels were a small step in the right direction but more is needed.

“Mandatory labeling of GMOs would allow consumers to vote with their dollars and have a say in the type of agriculture they would like to see in this country,” Hirshberg said.

The USDA move has been linked by pro GMO-labeling groups to H.R. 1599 and efforts by Kansas Republican Mike Pompeo to block GMO labeling moves at the state level. The USDA announcement seems to complement such efforts.

The Non GMO Project has issued a press release questioning the motives and the practices of the USDA’s move:

The USDA has NOT created its own non-GMO standard. Rather, as part of the existing AMS PVP, it has signed off on one company’s own non-GMO practices. There is no transparency as to what these practices are, and they are not based on a third party standard. The claim the company can make in connection with their approval is a variation on the USDA’s traditional PVP label, reading “Non-GMO/GE Process Verified.” This claim does not communicate any details as to the standards used or process followed. Non-GMO claims are not regulated and any company can say “GMO-free” whether or not it goes through the process with the AMS.

The reporting on the issue has created confusion and a false impression that GMO labeling had arrived at the national level. That, of course, is not true. The USDA’s move should not interfere with citizen efforts for direct and third-party verification of GMO-free products or labeling of any product that contains GMO ingredients. We’ll keep our eyes on this one.