How to think about food, both wholesome and genetically modified. 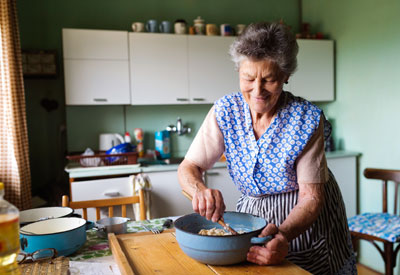 False Assumptions and GMOs: The spread and use of genetically modified crops in the production of food is a highly controversial topic… no need to tell you that. The arguments for their use are often based on false assumptions. This wonderful article from Ensia, a magazine that comes from the University of Minnesota’s environmental department, highlights some of the wrong thinking in terms of increasing food production that is often sold to us as an important reason for the growing of GMO crops.

The writer, Jonathan Foley, reminds us that most of the GMO crops grown aren’t grown as food and are only involved indirectly in the production of other, processed foods. Here’s how it opens:

You’ve probably heard it many times. While the exact phrasing varies, it usually goes something like this: The world’s population will grow to 9 billion by mid-century, putting substantial demands on the planet’s food supply. To meet these growing demands, we will need to grow almost twice as much food by 2050 as we do today. And that means we’ll need to use genetically modified crops and other advanced technologies to produce this additional food. It’s a race to feed the world, and we had better get started.

Foley points out that much of this need for more food really isn’t due to an increasing population. It’s due to changing diets. As economies grow and people become richer, they eat richer diets. This means more meat, more dairy, more processed products. Foley argues that we need to change our thinking about our diets and the kinds of food we eat. Only then will we have enough food to feed our ever-increasing global population.

Here’s another interesting take away from the article, from researcher Emily Cassidy:

She noted that the typical Midwestern farm could theoretically provide enough calories to feed about 15 people daily from each hectare of farmland. But there’s a catch: People would need to eat the corn and soybeans these farms grow directly, as part of a plant-based diet, with little food waste. What Cassidy found was that the actual Midwestern farm today provides only enough calories to feed roughly five people per day per hectare of farmland, mainly because the vast majority of the corn and soybeans are being used to make ethanol or to feed animals.

When we argue against GMOs, we must argue against the entire picture (see “hyperobjects,” below). Yes, they’re bad for our farms, for our economy, for our environment and our health. But don’t just let anyone tell you they’re necessary because of… world hunger. As the corporations seek to shame those of us against GMOs by suggesting we don’t care about the starving peoples around the globe, we have to call foul. Anyway, go read the entire article. You’ll be glad you did.

On a lighter note: As growers of food, we’ve always loved Michael Pollan’s book Food Rules: An Eater’s Manual (the latest edition with illustrations by Maria Kalman makes a great gift for adults and kids). Here’s one of the rules we’ve most enjoyed (and taken to heart): “Don’t Eat Anything Your Great Grandmother Wouldn’t Recognize As Food.” We’ve changed this only slightly to include our grandmother, who when introduced to Pringles, wondered if you could write on them.

Heavy Thinking: In our attempt to understand, well, ways of understanding our current environmental conflicts, we’ve been reading a deep and at times frustrating philosophical text entitled Hyperobjects: Philosophy and Ecology after the End of the World by Timothy Morton, an English Professor at Rice University. It can be a difficult go with lots of new semantic constructs (ie, invented words and phrase) and thinking that requires much attention to follow but the gist is this: there are some issues — global warming is the perfect example — that are so large and complicated even as they engage the past and future as well as the present, that they’re almost impossible to understand in a conventional sense.

The best image for the concept, as seen on the book’s cover, is an iceberg, something of a global warming change image in itself. A very large iceberg is seen floating on the ocean beneath a beautiful, spotlit sky. But as large as that iceberg is, the vast bulk of it, visible in the photo, is beneath the surface, where it largely goes unseen by those at the water’s surface.

The point, simply, is that there are are so many facets of climate change, that simple arguments, for or against the concept, can’t possibly consider the bulk of information — or make an informed decision — that has any real value. In short, the book argues against any dismissal or acceptance of a concept large enough to be considered a hyper-object, on simple black and white thinking. To say that climate change is real by simply pointing to rising temperature, or to say it’s not because its been going in nature for tens of thousands of years, is to see only the top of the iceberg.

Understanding other phenomenon than global warming — including the global spread of GMOs (see first item above), the uses and misuses of atomic energy, as well as our entire energy mind-set, our religious and political cultures, even our love and devotion to sports can be seen in terms of the hyper-object.

The one that occurred to us — what all this has to do with organic gardening — is the way we look at soil. It’s not just dirt. It’s a living organism full of microbes, bacteria and tunneling creatures as well as its physical components of minerals (that plants need in the correct balance) and clay, organic materials, and moisture, all in a constantly changing state of flux. That’s how we think of our garden soil when we plant and amend it. It’s a hyperobject. And thinking of it in this way, considering all its facets and how they will change, means we give our growing things the best conditions — without harmful chemicals –to grow in.

Heavy. Any way, we’d recommend Hyperobjects to the philosophically inclined among us who are interested in environmental issues and ways of seeing (and reacting) to them.