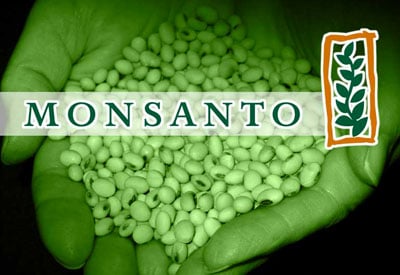 Monday, the Supreme Court ruled against 75-year-old farmer Vernon Hugh Bowman who had been sued by the Monsanto Corporation for patent infringement when Bowman planted soy seed he bought at a local grain elevator. The Court ruled that it was illegal for Bowman to plant seed harvested by fellow farmers. Monsanto’s patent controls prohibit re-planting of seed from crops they’ve raised, requiring farmers to buy seed each year, thus assuring the corporation’s profit while destroying generations of traditional farming practice.

Some 93% of the soy grown in the U.S. is genetically engineered.

Bowman’s lawyer, Mark Walters, told Bloomberg News in an e-mail that the ruling “makes infringers out of 95 percent of America’s soybean farmers, dependent on the grace of a single company to avoid liability.” A pro Monsanto patent attorney said simply, “this is fantastic for their business model.”

Last month, Monsanto reported that its net profit rose 22% in the last year. It’s genetically engineered seed business increased 10% while its sales of herbicide, much of it tied to genetically engineered crops, rose a whopping 37%. Roundup, the herbicide tied to Monsanto’s GMO crops, increase 73%. (Editorial comment from your friendly Planet Natural Blogger: Oh, boy! More chemical herbicide in the environment.)

Meanwhile, world-wide protests against Monsanto’s control of food production have been scheduled for May 25. Here’s the official website for the event. ‘Nuff said.