The Stanford Study: Storm Over Organics 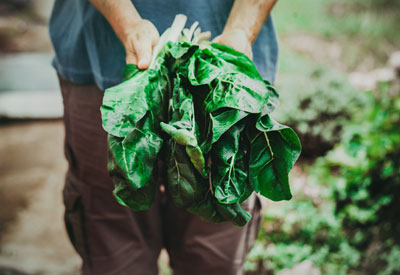 The controversy generated by the Stanford organic food study continues to grow. It didn’t take long for people to recognize that the study assembled data from tests for the wrong thing. But that hasn’t stopped supporters of agri-business, corporate food retailers and, yes, GMO-supporters from “we-knew-it-all-along” responses. The responses criticizing the study have served to underscore the genuine reasons we choose organics in the first place.

Worst of the anti-organics responses (“Organic, shmorganic,” it whimpers) comes from columnist Roger Cohen in The New York Times. It’s an obvious appeal for GMOs based on the logic that GMOs are better capable of feeding a starving world (not true, as studies have shown). And it also derides those who seek to protect their families from pesticides which the Stanford study suggests contaminate 37% of commercially-grown fruits and vegetables. And it bemoans the cost — “Organic is a fable for the pampered of the planet,” Cohen writes — while ignoring the fact that subsistence and small-farms make modest livings raising competitively-priced, pesticide-free produce while preserving — nay, improving! — soils, unlike large commercial food operations that deplete soils as they over-use pesticides and fertilizers that are harmful to our waters. Scroll down to the comments section of Cohen’s article and note what people have to say: there’s the “ha-ha” of organic detractors and then there’s the thoughtful arguments of organic supporters who mostly say that Cohen, by focusing his attack on nutrition and price, misses the whole point of organics. Also view The Times letters section addressing the Stanford study. Good stuff!

Other relevant — and more balanced — considerations of the study can be found here. And some sources have sniffed out a conspiracy, tying agri-business, former tobacco supporters, and GMO champions to the study. We don’t normally believe in conspiracies unless they include corporations, politicians, or flying saucers so take these unconfirmed charges with a grain of salt. But the timing, with the vote on the California GMO labeling initiative coming up, is suspect. See those theories here and here.

But let’s recount. The Stanford study takes something from far down the list of why people favor organics — nutritional content — and suggest that more study is needed, despite what the sensationalistic headlines say. On the issue of most concern — pesticides in our food supply — it states that organics are much, much more preferable. It doesn’t address, as far as we can tell, the other major reason for using organic methods: conserving and improving our soils and protecting our oceans and fresh-water systems from pesticide and fertilizer contamination. And taste? Your humble Planet Natural blogger has served as a food critic in highly-visible newspapers in two of the country’s best restaurant cities (as well as practicing organic gardening for many years) and there’s no comparison. And you don’t have to trust me on that one… it’s obvious to anyone with taste buds. Buy a tomato off the rack at your local supermarket and test it against a vine-ripened heirloom you or a local organic farmer have grown and get back to me.

More importantly: the study fails and the surrounding controversy fails to consider the benefits of growing your own organic produce. Home organic gardening gives us control over what we eat and how it’s grown. Good organic gardening practices almost always yield more flavorful, bountiful, and fresher produce than anything you can buy at the store… and at a better price. Protecting our children is a family value. Involving them in meaningful, productive and educational activities is also a family value and there’s no better family activity than gardening. And we bet that vegetables grown in home gardens in which good organic soil improvements have been made will offer nutritional benefits above those from the grocery store. Our offer still stands: two baskets of home-grown organic zucchini (in season) to any researcher who can prove us wrong.