Organic sales up, antibiotics, GMOs out, and other healthy eating news. 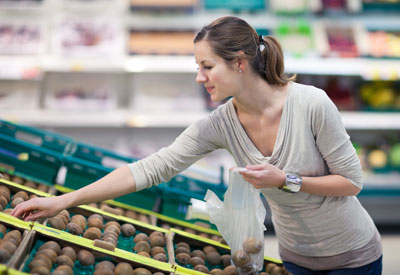 Businesses from giant chicken suppliers to fast food chains and super markets seem to be hearing demands from consumers for healthy, humanly raised, and safe foods. Encouraging news on the sales of organic produce plus announcements from major restaurant chains and the corporations that supply them suggests that consumer concerns about pesticides, GMOs, and antibiotics in their food is having more than a ripple effect in the industry.

Behind it all is this: Washington Business Journal reports the Organic Trade Association’s  figures that show sales of organic food rose 11 percent to $35.9 billion in 2014. Add to that $3.2 billion in organic non-food sales, and total organic sales reached $39.1 billion, up 11.3 percent from 2013.

The Organic Trade Association’s website is informative at just how important the demand for organics have become. Check out its “There’s More To Organics Than Meets the Eye” graphic here. Three billion dollars in sales and three times the earthworms?  That’s the best kind of win-win.

More specific developments that fall under the “organics” banner came down from major food suppliers. Chipotle, the popular national chain of Mexican-American foods, announced this past week that it has removed all GMO products from its cooking. The one thing served that will still carry GMO ingredients? Soft drinks.

Guess you can run but not hide from corn syrup.

Chipotle had earlier decided to disclose items that contained GMOs while pledging to remove them. The announcement last week claims that pledge was kept. Chipotle had previously reached a goal of using only humanely raised meats and organic tofu.

Marketers say the moves are designed to attract young customers who favor organic foods and overwhelmingly disapprove of GMOs. Best figures in the U.S.A. Today story linked above?

About 92% of consumers believe that genetically engineered food should be labeled, according to a 2014 poll by Consumer Reports. Upwards of 80% of goods consumed in the U.S. contain GMO ingredients, primarily because about 94% of corn and 93% of soybeans grown in U.S. came from GMO strains . . .

The other big news this past week was that Tyson Foods, the nation’s largest chicken processor, announced it would remove all use of human antibiotics from its chicken flocks by the year 2017. Again, the story says that young consumers — “Millennials” — make up a large part of the, “86% of consumers who meat raised without antibiotics should be available in their local supermarkets.”

The action is seen as a response to an earlier move by fast-food giant McDonald’s who asked its chicken producers to get human antibiotics out of the chicken they were sold. A line in the Quartz story sums it up:  “The move speaks to American consumers’ increasing concerns about what they eat, and the overwhelming medical consensus that overuse of antibiotics in meat production is helping to create dangerous drug-resistant bacterias.”

One has to ask: why is it consumers realize these kinds of things, say the dangers of creating drug-resistant bacteria, before the businesses stuffing birds with human antibiotics to increase their profit margins do?