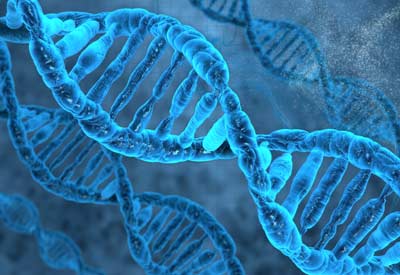 Is there another, potentially harmful genetic modification in the works about to be slipped past the public and scientists concerned about human and environmental health?

That possibility was announced this week in the pages of The New York Times ahead of a meeting held Tuesday by the Environmental Protection Agency on the potential risks of the new technology. While the Times article promoted the benefits of the new technology known as RNA interference, it also noted that several experts had serious questions about its use in the world outside the laboratory.

No one will be shocked to learn that the new type of genetic manipulation, generally described as “gene silencing,” is being advanced on several fronts by Monsanto. One of the targets of the technology is the varroa mite a pest which attacks bees. The mite is being implicated by some chemical companies, wishing to protect the pesticides they market, as the cause of colony collapse among bees. Monsanto’s push to use gene silencing to control the mites seems calculated to play into this thinking.

The National Honey Bee Advisory Board, in comments submitted to the EPA ahaead of the meeting, wrote, “To attempt to use this technology at this current stage of understanding would be more naïve than our use of DDT in the 1950s.” DDT wiped out untold numbers of hives when it was first used in the U.S. before the connection between the pesticides and the harm it was doing to hives (and later, to birds) was recognized.

Monsanto is also seeking regulatory approval for RNAi technology to combat the corn borer worm. This technology, if it works, would kill the worm by introducing the genetic interference component into the worm when it begins to consume treated corn. That component, double stranded RNA genetic material, signals the cells in the root worm into thinking it has a virus. The cells, needed to transport protein through the worms body, are “turned off” and the worm eventually dies.

Why is this new genetic modification of corn necessary? Because the root worm has developed a tolerance to genetically modified, Bt corn.

Scientists have known about this technique since 1998. While DNA is double stranded, commonly known as “the double helix,” RNA has only one genetic strand. By replicating it, thus making the RNA component two-stranded, the genetic material is canceled out. In the root worm’s case, it absorbs the genetic modification into its own body as it consumes the treated plant.

A similar modification was done with wheat in the hopes of making low-carbohydrate, low sugar producing products from wheat flour that was originally genetically modified. Once the wheat has been consumed, the RNA modification is adopted into the human body and “silences” the body’s glycogen pathway. This can lead to glycogen storage disease IV, a liver disease that causing slow wasting away in adults, and death to children born with the disease often by the age of five. Scientists also fear that other RNA material similarities between the wheat and its human consumers could have other metabolism consequences (watch the included video). You can read more about the genetically modified wheat and RN1 technology here.

Some scientists claim that the dangers of RNA genetic manipulation cause an even greater threat to human well-being than do genetically modified crops. No word yet on what was discussed at the EPA meeting. But these potentially dangerous developments deserve our careful attention.

Side note: For those who don’t think that Monsanto and the other large chemical companies involved in seed production aren’t interested in complete domination of agriculture, here’s an article with a claim that will make you stop and think. Really, Monsanto? Is there nothing you won’t leave alone?