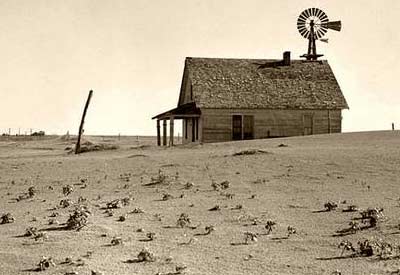 Here’s a study that reaffirms what organic farmers and gardeners already know: the use of inorganic fertilizer may help plants one season but does nothing to improve soil conditions. How important is soil to the survival of our planet? Read this article about soil depletion. Estimates say we’ve already lost 40% of the world’s topsoil, much of it because of non-organic farming practice.

In the interest of fair and balanced reporting, here’s a British study that claims organic farming isn’t really all that better than conventional farming. Notice that the focus is on production. Also notice that it doesn’t say anything about improving soils. Careful readers will see all kinds of omissions in the comparisons the study makes.

Here’s a great chart that shows how heirloom and wild fruits and vegetables are higher (much higher) in phytonutrients than conventionally cultivated cousins. If you find this interesting, follow the link to the accompanying article.

Last week’s protests against Monsanto and GMO crops brought much attention to an issue often ignored by corporate media outlets. Here’s a slideshow of Monsanto protests from around the world. Here’s a wrap-up of marches held across the U.S. (link no longer available). And here’s another report that claims some 2 million marched in 52 countries.

The protests against Monsanto were almost immediately followed by news that Monsanto’s genetically modified wheat, a product not approved by the USDA, has been found in an Oregon field. Japan and North Korea immediately halted import of  U.S. wheat and the European Union was considering such a move. The wheat, which had not been planted for nine years in Oregon, “mysteriously” appeared, according to Monsanto. Monsanto has treated the discovery as no big deal. But experts disagree:

“This was not from a recent trial, which means it’s been sitting there in the environment,” said Andrew Kimbrell, executive director of the Center for Food Safety, a nonprofit group. “It’s highly doubtful that it’s just on one farm. If it’s out there, it’s out there.” The center’s science policy analyst, Bill Freese, added, “It’s been 12 years since this wheat was grown officially in Oregon. It doesn’t just disappear and magically appear 12 years later.”

These aren’t the first losses for American farmers caused by the U.S.’s acceptance of GMO crops. In 2006, rice farmers suffered huge losses when GMO rice was discovered in shipments for export and several countries banned rice from the U.S.

In other Monsanto news, The Nation reports that Monsanto hired Blackwater, the infamous corporate private security firm, to “become the ‘intel arm’ of Monsanto, offering to provide operatives to infiltrate activist groups organizing against the multinational biotech firm.” Were these the guys responsible for misleading Facebook posts announcing the Monsanto protests? (Most reported change: “protests are canceled.”)

But what goes around comes around. Anonymous hacked the Monsanto website last Wednesday, May 29. Their justification for this act of technological disobedience is as clearly stated as any we’ve heard: “they are altering the nature of our food supply without concern for long-term effects on human health.” That’s really it in a nutshell, isn’t it? Of course, Anonymous also addresses the Monsanto protection act recently passed by Congress and signed by the President. They say that the bill was passed because Monsanto donated a large amount of funds to politicians in order to keep the truth about their food products in the dark. Really? Just ask Senator Roy Blunt from Missouri.