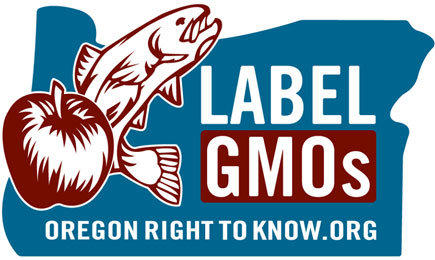 Oregon, now one of the major battlegrounds in the battle against GMOS, made news again last week when Jackson and Josephine counties on the state’s southern border with California voted overwhelmingly to ban the growing of crops that are genetically modified (PDF). The area, like much of Oregon, has a large number of organic and local farms who are threatened by genetic pollution spread from GMO crops.

The victory in Jackson County came despite a massive infusion of cash from outside interests to defeat the measure. As reported by Oregon Live, $1 million was collected in the attempt to defeat the measure. Some $455,000 of that total was donated by six bio-tech companies including Monsanto, Syngenta, and Dow. The rural county, with a population of 206,000, has 120,00 registered voters. Supporters of the bill raised some $300,000.

The Oregon counties now join counties in Washington, California, and Hawaii who have adopted GMO bans since 2004.

Oregon made news last fall when its legislature adopted SB 633, known as “The Monsanto Protection Act,” which prohibits counties and municipalities from preempting the state’s jurisdiction over such bans. The bill had been defeated in July but passed on reintroduction after massive campaigns from big agriculture and the chemical companies responsible for GMO seed. Rather than given stand alone consideration, the measure was inserted into an omnibus bill that would increase school funding while cutting contributions to the Public Employees Retirement system.

That bill may cause problems for the Josephine County measure, but won’t effect the Jackson county initiative because it was filed and on the ballot ahead of the Monsanto Protection Act’s passage. Josephine County will most likely see the matter end up in court.

Arguments in support of SB633 made a point of saying that allowing counties or municipalities the right to ban GMOs would be the first time that government would favor one type of agriculture over another. As many critics of the bill have pointed out, its passage has granted corporate, GMO-centered farming dominance over organic and other non-GMO farming practices. The irony here is that GMO crops frequently contaminate and destroy (in terms of value and harvested seed) non-GMO crops. An even bigger irony irony is that GMO manufacturers including Monsanto have sued farmers whose fields were found to be contaminated by GMO crops through no fault of their own. Monsanto has also sued farmers over seed stocks contaminated (or not) by GMOs.

Last year, genetically modified wheat was found growing in Oregon even though no one, farmers or GMO manufacturers, claimed to be growing it. The incident aroused suspicions that Monsanto and others were planting GMO test crops without government or local farmers’ knowledge.

Also in Oregon, a bill (PDF) that would require GMO labeling was submitted to the legislature in February. And, volunteers are now gathering signatures to put a GMO labeling initiative on Oregon’s ballot in November. GMO labeling ballot measures were famously defeated after huge amounts of money were spent against them, in California and Washington state. Supporters of GMO labeling have suggested that the tide may have turned when the Vermont legislature recently passed a GMO labeling bill. We will be watching Oregon — and all other state and counties resisting the spread of GMOs — closely. The future of organic growing demands it.

One Response to “Oregon Counties Vote To Ban GMO Crops”