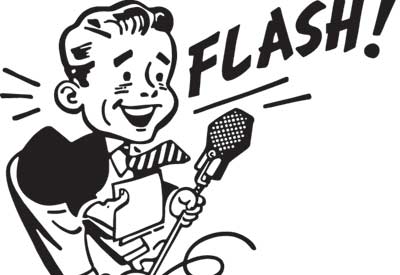 In Europe, the number of scientists and other experts contesting EU chief science adviser Anne Glover’s statement that genetically modified foods are no less risky than conventional, natural grown foods continues to grow. Over 275 specialists have signed a document that states that GM foods have not been proven safe and that existing research raises concerns, according to GM Watch, a European organization that monitors and reports on issues relating to genetically manipulated food sources.

Dr Angelika Hilbeck, chair of the European Network of Scientists for Social and Environmental Responsibility (ENSSER), which published the statement, told GM Watch, “We’re surprised and pleased by the strong support for the statement. It seems to have tapped into a deep concern in the global scientific community that the name of science is being misused to make misleading claims about the safety of GM technology.”

Dr Sheldon Krimsky, professor of urban and environmental policy and planning at Tufts University and adjunct professor in the department of public health and family medicine at the Tufts School of Medicine, summed up the misgivings scientists and others have while offering an explanation of the reaction to Glover’s GMO declaration: “Adverse consequences of GMO crops are not restricted to keeling over dead after eating genetically adulterated unlabelled food (GAUF). My concerns include subtle changes in nutritional quality or mycotoxins, increasing food allergens, unsustainable farming practices, dependency on chemical inputs, lack of transparency in evaluating food quality and safety, and the transformation of farming practices into a modern form of serfdom, where the seed is intellectual property leased by the farmer.”

We couldn’t have said it better ourselves.

In other GMO news, here’s a Maine farmer who has written a hard-hitting opinion piece for the state’s Portland Press Herald. He calls a lie a lie and points out an uncomfortable fact for Monsanto, the Grocery Manufacturer’s Association, and other who push and profit from genetically modified food stuffs: the majority of Maine farmers support the state’s GMO labeling bill, L.D. 718.

The farmer, Jim Gerristen, who grows “Maine-certified” seed potatoes, makes an important point or three. “American farmers, just like their non-farmer counterparts, fully support the consumer’s right to know about GMO food. Right-to-know labeling offers basic transparency, and it does not offer a value judgment as to whether GMOs are good or bad, ” he writes. “Farmers understand that transparency is vital for a thriving economy and democracy. GMO labeling will inform and allow the free market to operate, enabling citizens to make responsible purchasing decisions.”

The bill was passed by the State legislature in June but has been held by Republican governor Paul LePage. What does potato farmer Gerristen and his fellow farmers want? The governor’s signature on the bill. LePage promised to sign the bill months ago. What’s keeping him? Fear of Monsanto?

Xeric gardeners and landscapers looking to keep their lawns for whatever reason (kids often play a part) can take heart. A newly available hybrid grass, Cynodon hybrida (or African Dogtooth Grass, PDF) is now being offered by one of our favorite Western, high-country nurseries. Beside the fact that it requires less water than conventional lawn grasses, it’s also durable enough to stand up to kid-play and even seems resistant to damage from dog urine. Not a new hybrid by any means — the grass has been around in the U.S. for some 30 years — it’s just now catching on, probably due to its low-moisture tolerance from its deep rooting (this suggests it might be hard to get rid of when the time comes). The grass seems perfect for small area lawns in Western, high altitude landscapes. We’re looking forward to hearing about growers’ experience with Dogtooth.

Here’s an interesting info-graphic that says a lot about America’s gardening practice. Though the figures are from a few years back, they’re revealing. More than a third of American household garden. The number of households with gardens in the U.S. grew from 36 million to 43 million between 2008 and 2009. What are they growing? Tomatoes by far are most popular. Another telling fact: on average, a $70 gardening investment yields $600 in produce. We especially like the subtitle on the graphic: “Don’t Just Go Local, Grow Local.” Another thing we couldn’t have said better ourselves.