Study: Herbicide Use Up, GMOs To Blame 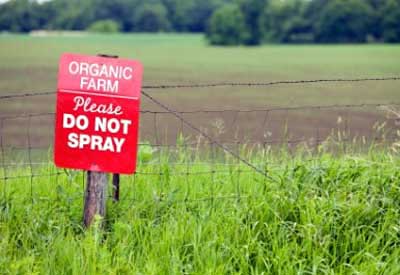 A study published in September calculates that the use of herbicide has increased some 527 million pounds in the period between 1996 and 2011. The study from Charles M. Benbrook of Washington State University’s Center for Sustainable Agriculture and Natural Resources, blames the increase on the rise of GMO crops in the U.S.

The irony here, of course, is that the corporate manufacturers of GMO crops and their complementary herbicides have vehemently declared that GMO crops lead to a reduction in herbicide use. That argument, along with other spurious claims was used to defeat California’s Proposition 37, the GMO labeling initiative, in November. Read the abstract of the study here.

We’ll admit it. When we see weeds creeping into our carefully tended gardens, it makes us cringe. Fortunately, there are plenty of effective, organic weed-eliminating options that are safe to use around your children, pets, and vegetables – and won’t build up in your soil (or crops).

The study also concludes that after years of decline, pesticide use is also on the increase. Again, the reason is GMO use. Farmers who plant those herbicide and pesticide resistant crops have continually applied more of the substances to their fields as both weeds and insects adapt to the chemicals. The result has been an increase of “superweeds” and toxic-resistant insects, both immune to the sprays. (The term “pesticide” is commonly used to denote herbicides and insect-killing pesticides. Both terms were included above to denote their different uses.)

The study is especially troubling in light of the American Academy of Pediatrics’ recent release of its policy statement “Pesticide Exposure In Children” that recommends parents limit their children’s exposure to pesticides as much as possible.

You’ll find further discussion of the problem from The New York Times columnist Mark Bittman here. Bittman includes well-known but sometimes overlooked facts: every person in the United States has pesticides in their body, every U.S. stream carries pesticides. He also discusses “pesticide drift,” while making the claim that over 90% of applied pesticides go elsewhere than their target.

No doubt Dr. Benbrook will be attacked on the grounds that he is the author of the important 2008 report “Simplifying the Pesticide Risk Equation: The Organic Option” and other pro-organic studies. But the evidence of increased agricultural pesticide use is irrefutable. We ignore it at our children’s peril.