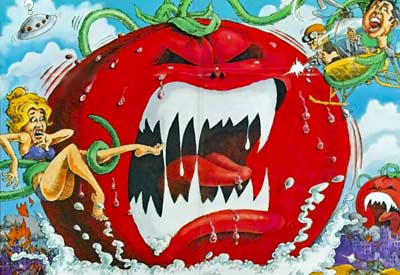 Not quite under the radar, but not visible enough to gain attention from national media, was a bill introduced in Congress that would require the labeling of foods containing genetically modified ingredients.

Introduced in April, the Genetically Engineered Food Right-to-Know Act was brought to the Senate by California Democrat Barbara Boxer and to the House by Oregon Democrat Peter DeFazio. Here’s Senator Boxer’s announcement of the national gmo labeling bill complete with cosponsors and approving organizations, a group that includes the Consumer’s Union, the Center For Food Safety, and the Center for Environmental Health as well as several food marketers, a group that ranges from Lundberg Family Farms to Ben & Jerry’s.

While not completely ignored — the bill has nine cosponsors in the Senate and 22 in the House — its chances of even being given a hearing are slim considering the state of our dead-in-the-water congress. Only one cosponsor from both houses is a Republican and both of those are from Alaska. (Alaska state legislators have passed a law requiring the labeling of all genetically modified fish and shellfish and the state recently turned down a petition from AquaBounty Technologies to produce GMO salmon in state waters. Whole Foods, Trader Joe’s and other grocery marketers have announced they will not carry AquaBounty salmon when it reaches the market.)

The national labeling bill comes as evidence mounts that some GMO products are indeed dangerous to human health. A recent study of pigs fed a mixed diet of GMO grains showed those animals with a high-rate of stomach inflammation. Female pigs also suffered from enlarged uteri (uterus). The study is important not only because pigs fed GMOs are part of the human food chain but also because a pig’s digestive system closely resembles that of humans.

Another recent study linked the use of Roundup, the widely applied, GMO-friendly herbicide, to Parkinson’s disease, infertility, and some cancers. Roundup residue, commonly found on non-organically grown produce, were found to “enhance the damaging effects of other food-borne chemical residues and toxins in the environment to disrupt normal body functions and induce disease,” according to the report. The irony here is that the more Roundup is used, the more weed become immune to its effect.

There’s plenty of evidence piling up regarding the harm GMOs cause to health, the environment, and business.

Here’s where to contact your own representatives concerning GMO labeling. It’s only a step — an outright ban on GMO food sources is the best answer — but a step in the right direction. Let them know — and us — how you feel.