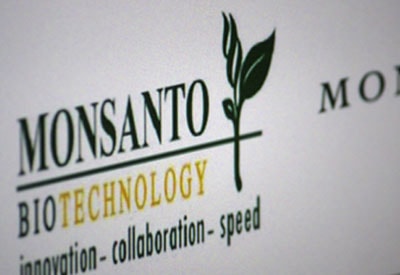 Freedom of Information Act requests submitted by U.S. Right To Know, a food industry watchdog that emphasizes consumers’ right to information about the food they and their families eat has revealed the close — and may we say it? — shameless ties between Monsanto and the academics that serve as spokespeople for the pro-GMO industry.

A blockbuster story in The New York Times that looked into the emails Right To Know dug up between industry employees and researchers finds incidents of these scientists being given generous grants for travel and other “biotechnology outreach” as well as continuous research grant money.

The Times story finds that pro-label, anti-GMO organizations also have expert proponents contributing with public relations campaigns. But the effort mounted by Monsanto and its industry partners — the Biotechnology Industry Organization and the Grocery Manufacturers Association — dwarfs that of the pro-consumer groups in its scale and insidiousness.

Among the more damning bits that the released emails have revealed is that after rewarding willing researchers with grants, the corporations wrote the statements that their experts delivered. The story tells how Dr. Kevin Folta, a horticultural scientist at the the University of Florida and a major voice for the pro-GMO forces, was given draft answers by the industry’s public relations firm “which he then used nearly verbatim.” This came as the industry was considering giving Dr. Folta “an unrestricted grant” for his work.

Folta, after denying he took money for any of his work on the industry’s behalf, has since been found to have accepted $25,000 for “travel.” After the grant was revealed in August, the University of Florida said that the Monsanto grant would be donated to the campus food bank.

The journal Nature reported last month on Right To Know’s efforts regarding GMO advocates, including Folta, and their ties to big agriculture. Right To Know has found that some of Folta’s claims in the Nature piece about the extent of his relationship with Monsanto were false.

Professor Folta has also falsely claimed he never used the text written for him by the PR firm Ketchum.”

Ketchum is the major U.S. public relations firm that, in addition to shilling for big agriculture, represents Russia’s interests in this country.

Of course, the issue is not Professor Folta. But the revelations reveal the seamy and dishonest lengths that Monsanto and others will go to in their attempt to fight GMO labeling and to whitewash any questions the public may have about the safety of genetically modified food. And Folta, now discredited, has been a big part of those efforts.