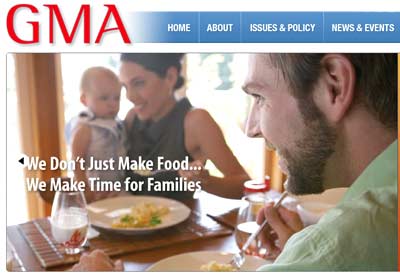 The Grocery Manufacturers Association has given $5 million to the No-on-522 campaign, the Washington State initiative that would require labeling of GMO containing products. The no forces now have a whopping $17.168 million to unleash against consumers’ right to know. It’s the largest sum ever gathered in the state to fight a citizen’s initiative. The previous record — $16.9 million — was raised by the American Beverage Association to fight a small tax that was to be levied on soda pop. The money raised would have been used to prevent cuts to education. That measure was voted down.

The Grocery Manufacturers Association has been accused in state court of laundering money on behalf of some major food producers. Pepsi, Coca-Cola, Kraft Foods, Nestle, Heinz, and Campbells all gave big amounts to fight the California labeling initiative. Their names are no where to be found on donor lists in Washington State and it’s suspected that their donations go to the Association. The Association has appealed for donations and suggested it serves as an “umbrella group” for food manufacturers who don’t want to be seen siding with the No forces, something that might suggest to consumers that they used genetically modified ingredients in their products (which of course, they do).

Supporters of Initiative 522 have raised a respectable $4.62 million, about a quarter of what those opposed to the measure have raised. In California, those against labeling GMOs raised five times the amount of the pro-labeling forces. More importantly, 522 is gathering support from farmers who see their profits threatened by the food industry’s lack of transparency. This editorial (link no longer available) from one of them makes the choice clear. The take away:

I am supporting Initiative 522 because I believe transparency is necessary in allowing consumers to choose which products they purchase. Information is the key to supporting a productive and sustainable food system. With the labeling of genetically engineered foods, shoppers get to make an informed choice when buying their groceries.

More Monsanto: Monsanto’s net income for the third fiscal quarter that ended May 31 fell 3%. Before you start cheering, or crying, depending on your view, remember this: Monsanto didn’t lose money. They just made less than in the fiscal third quarter of last year. Monsanto reported earning of $909 million, down from $937 million a year ago. This came on revenue of $4.25 billion. The decline came in cotton and soybeans. While some of the decline was seen as due to drought conditions in the U.S. and around the world, other factors are surely at play as well. In India, Monsanto’s control over the cotton crop is particularly controversial.

And another thing: Monsanto has just purchased — for $930 million — The Climate Corporation, a data and services business that predicts weather (see “drought” above) and then sells insurance, based on their climate data, to farmers. As this Forbes article states, “The idea is to sell more data and services to the farmers who already buy Monsanto’s seed and chemicals.” Monsanto had previously shown an interest into expanding its business model to include data and services. It’s no surprise that this type of data-driven sales has Google connections. Forbes reports that former Google employees were behind the development of The Climate Corporation. Forgive us if we seem doubly cynical.